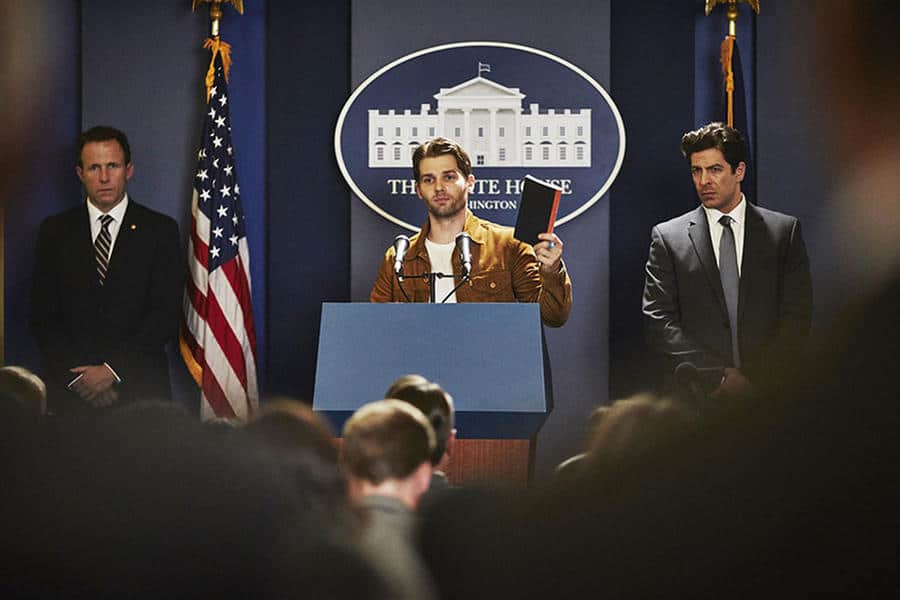 Arthur C. Clarke’s Childhood’s End, one of the most-acclaimed science fiction novels of all time, will come to life in the first-ever adaptation beginning December 14 on Syfy. This six-hour television event from Syfy and Universal Cable Productions will air over three consecutive nights on Monday, December 14, Tuesday, December 15 and Wednesday, December 16 from 8-10PM (ET/PT).

Childhood’s End follows the peaceful invasion of Earth by the alien Overlords, who promise to eliminate poverty, war and sickness – ushering in a golden age of peace, health and security for all of humankind. But why do the Overlords insist on hiding their appearance – and what do they ultimately want from Earth? While much of the world enjoys its newfound utopia, some suspect there’s a price to pay. As the truth about the Overlords’ intentions are revealed, humanity will discover its actual destiny may actually be a nightmare, instead of a dream.

Childhood’s End is adapted by Matthew Graham (creator of BBC’s Life on Mars and Ashes to Ashes), who serve as writer/executive producer. Alissa Phillips (Moneyball, Mob City) is co-executive producer. Universal Cable Productions is the studio.