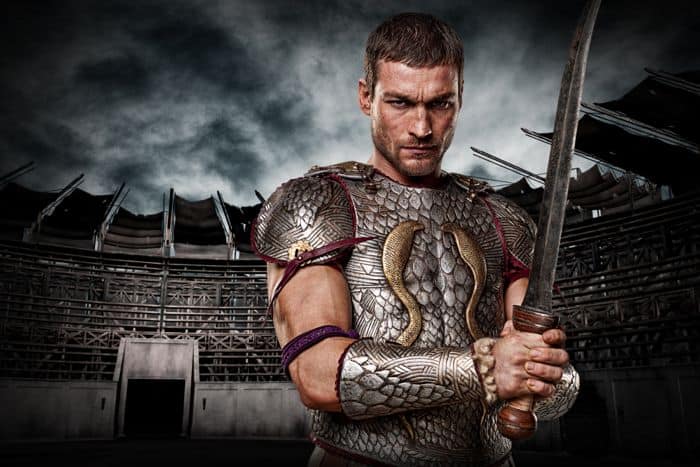 Continuing to expand its roster of diverse domestic and international programming, Syfy today announced it is acquiring U.S. basic cable rights to all 39 episodes (three seasons and the six-part prequel) of the popular swords and sandal series Spartacus from Starz Worldwide Distribution, the global television licensing and content syndication arm of Starz (NASDAQ: STRZA,STRZB).

Spartacus will make its basic cable premiere on Thursday, June 26 at 10PM (ET/PT), rounding out the channel’s potent primetime lineup of original series Defiance at 8PM and Dominion at 9PM.

Said Chris Regina, Senior Vice President, Programming, Syfy: “Our strategy of acquiring hit shows to complement our premium original scripted series has really resonated with our audience. With its action-soaked storylines and powerful characters, Spartacus will be a dynamic addition to our schedule.”

“Spartacus made an indelible impact on STARZ premium viewers in the United States and with audiences around the globe,” said Gene George, Executive Vice President, Worldwide Distribution for Starz. “We are very pleased to strike this accord and bring the incredible tale of Spartacus to Syfy for its viewers.”