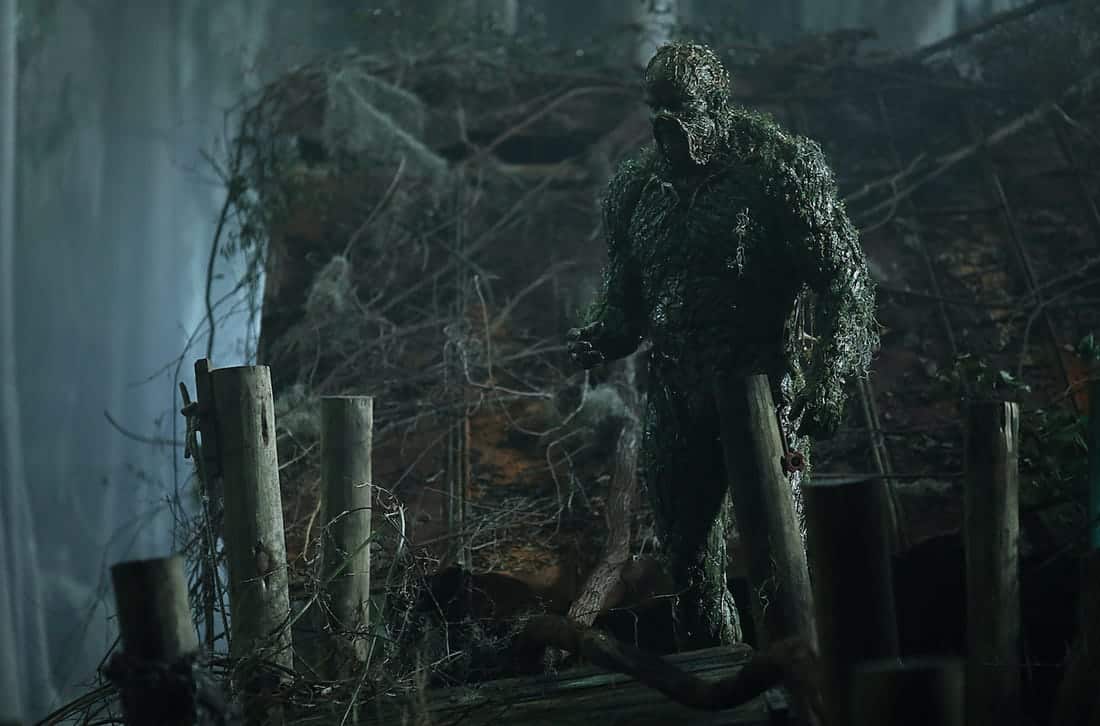 Fans are in for suspense and shock when Warner Bros. Home Entertainment releases Swamp Thing: The Complete Series, the latest DC UNIVERSE Original Series, on Blu-ray and DVD February 11, 2020. Fans can purchase the sets with all 10 of the original series episodes and it’s priced to own at $24.98 SRP ($29.98 in Canada) for the DVD and $29.98 SRP ($39.99 in Canada) for the Blu-ray which includes a Digital Copy (US Only).

From executive producers James Wan (The Conjuring Universe films, Aquaman), Mark Verheiden (Heroes, Constantine), Gary Dauberman (IT and Annabelle films), Michael Clear (The Nun) and Len Wiseman (Sleepy Hollow, Underworld films), Swamp Thing follows Dr. Abby Arcane as she investigates a deadly swamp-born virus in the small town of Marais, Louisiana. When a mysterious creature emerges from the murky marsh, she finds herself facing the nightmares of a supernatural world where no one is safe. With nature wildly out of balance and coming for the people of Marais, in the end, it may take some Thing from the swamp to save it.

“As one of the most original series from the DC UNIVERSE to date, we are thrilled to bring Swamp Thing: The Complete Series to Blu-ray, DVD and Digital,” said Rosemary Markson, WBHE Senior Vice President, Television Marketing. “Viewers will watch in suspense through riveting plot twists and turns throughout the entire series.”

The complete series of Swamp Thing will be available to own on Digital December 2, 2019. Digital allows consumers to instantly stream and download all episodes to watch anywhere and anytime on their favorite devices. Digital is available from various retailers including iTunes, Amazon Video, Google Play, Vudu and others. A Digital Copy (US Only) is also included with the purchase of specially marked Blu-ray discs for redemption and cloud storage.

DC is one of the largest English-language publishers of comics and graphic novels in the world and home to some of the most iconic and recognizable characters ever created. As a creative unit of WarnerMedia, DC is charged with strategically integrating its stories and characters across film, television, consumer products, home entertainment, interactive games and the DC Universe subscription streaming service. For more information visit dccomics.com.

Swamp Thing and all related characters and elements are trademarks of and © DC Comics.