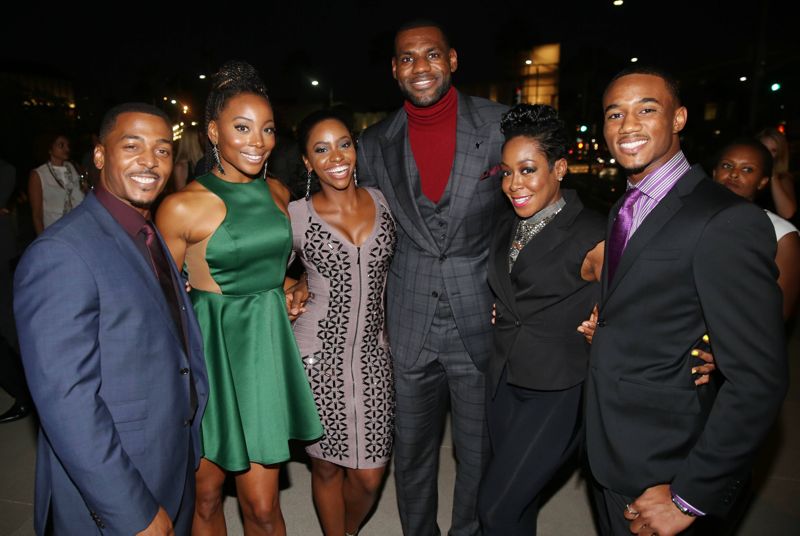 Set in Atlanta, “Survivor’s Remorse” follows Cam Calloway, a basketball phenom in his early 20’s who is suddenly thrust into the limelight after signing a multi-million dollar contract with a professional basketball team, and explores the comedy and drama of an experience that everyone reads about, but few understand – what happens when you “make it out.”

Cam Calloway, along with his cousin and confidant Reggie Vaughn, move to Georgia to start Cam’s journey to success. The two confront the challenges of carrying opportunistic family members and their strong ties to the impoverished community that they come from.  Cam, Reggie and an unforgettable group of characters wrestle with the rewards and pitfalls of stardom, love and loyalty.

The cast is led by Jessie T. Usher (“Level Up”) in the role of Cam Calloway, RonReaco Lee (Glory, Let’s Stay Together) as Reggie Vaughn, Erica Ash (Scary Movie 5, “The Real Husbands of Hollywood”) as M-Chuck, the sister of Cam Calloway, and Tichina Arnold (“Martin,” “Everybody Hates Chris”) as Cassie, Cam’s mother. They join Teyonah Parris (“Mad Men,” Dear White People) as Reggie’s wife Missy and Mike Epps (“Being Mary Jane,” The Hangover, the Friday franchise) as Cam’s Uncle Julius.