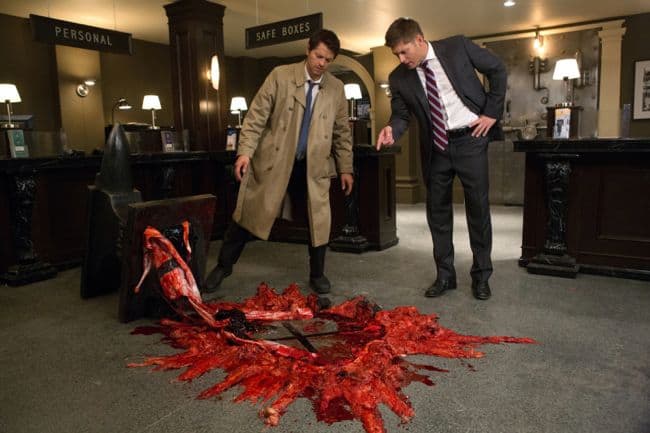 SUPERNATURAL Season 8 Episode 8 Hunteri Heroici Photos : CARTOONS AREN’T ALWAYS FUNNY — Castiel (Misha Collins) tells Sam (Jared Padalecki) and Dean (Jensen Ackles) that he’s decided to become a hunter like them. Sam and Dean aren’t sold on the idea but agree to investigate a case Cas found where a man’s heart literally burst through his chest. The guys discover there has been more than one odd murder in the small town and all of them resemble cartoon deaths. Paul Edwards directed the episode written by Andrew Dabb (#808).