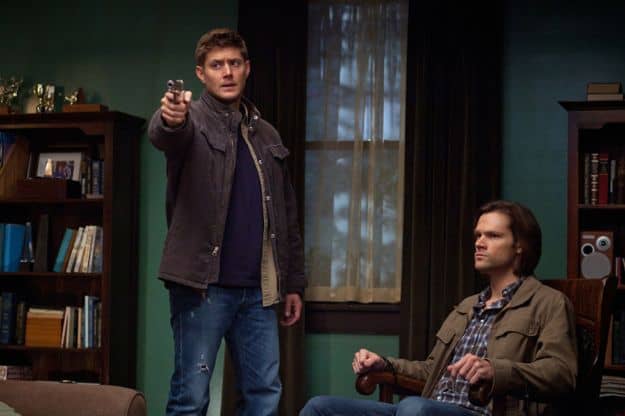 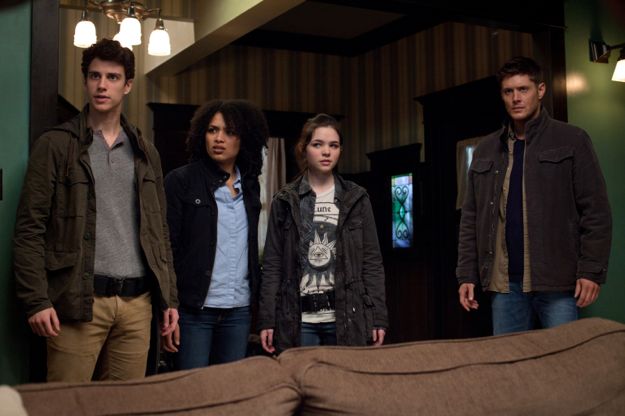 SUPERNATURAL Season 8 Episode 18 Freaks And Geeks Photos : SAM AND DEAN RUN ACROSS A NEW AND UNUSUAL TEAM OF HUNTERS — Sam (Jared Padalecki) and Dean (Jensen Ackles) investigate some recent vampire kills and are surprised to learn Krissy Chambers (guest star Madison McLaughlin) is involved. They find Krissy and learn her father was killed and she’s been taken in by a man named Victor (guest star Adrian Hough), who has taken in a group of orphan kids to teach them how to hunt. Victor is helping the teenagers find the vampires who took their parents so they can get revenge. Sam is intrigued by Victor’s method of giving the teenagers a home life as well as a hunting life, but Dean is suspicious of Victor’s motives. John F. Showalter directed the episode written by Adam Glass (#818).