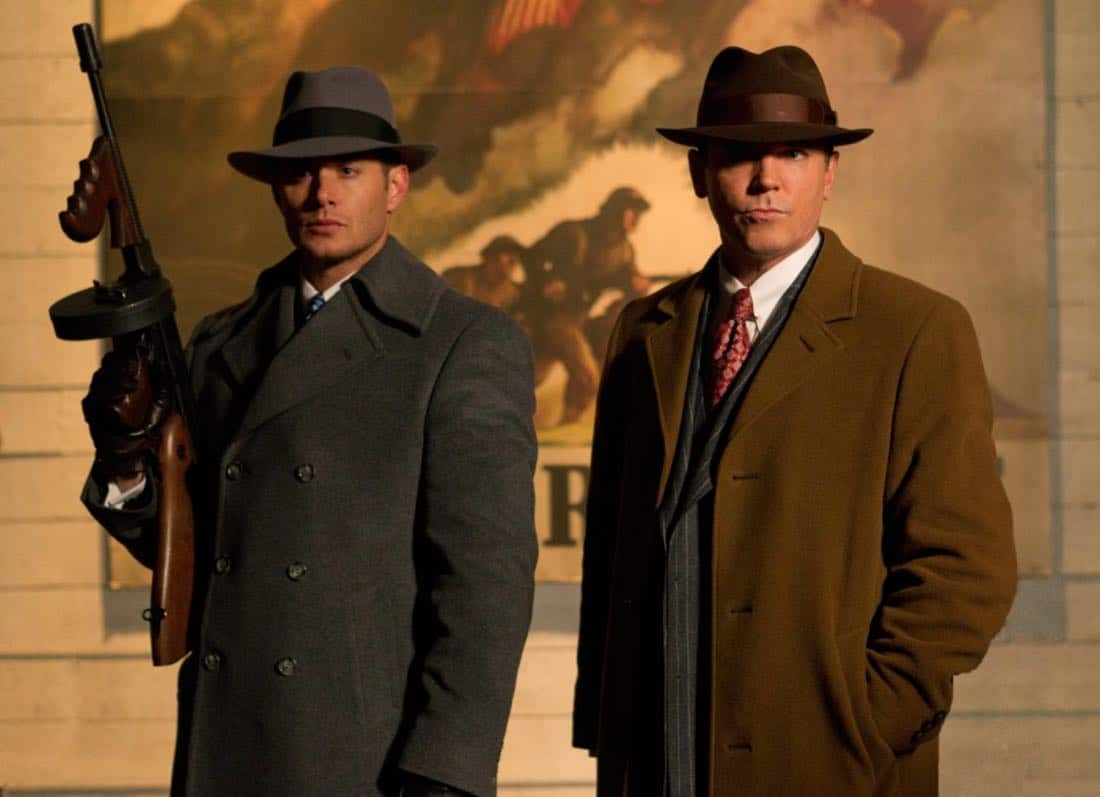 SUPERNATURAL Season 7 Episode 12 Time After Time After Time Photos : JASON DOHRING (“RINGER,” “VERONICA MARS”) AND NICHOLAS LEA (“THE X-FILES”) GUEST STAR; DEAN GETS STUCK IN THE ‘40S — Sam (Jared Padalecki) and Dean (Jensen Ackles) tangle with the God of Time (guest star Jason Dohring), who sends Dean back to 1944, where he is immediately arrested by none other than the one and only Eliot Ness (guest star Nicholas Lea). While trying to figure out how to retrieve his brother, Sam is surprised by the reappearance of an old friend. Phil Sgriccia directed the episode written by Robbie Thompson