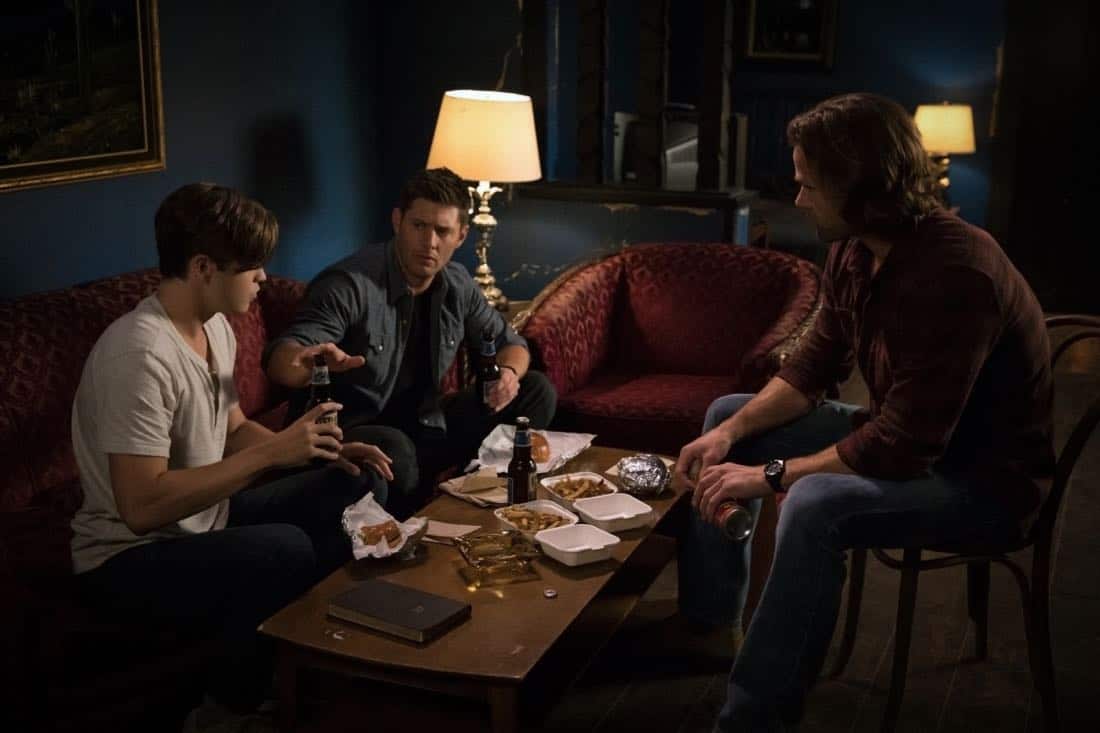 Sam (Jared Padalecki) and Dean (Jensen Ackles) begin to explore what Jack (Alexander Calvert) is capable of doing with his powers. An unexpected visit from Donatello (guest star Keith Szarbajka) alerts the boys to the fact that Jack will need more protection than the Winchesters can provide. There is a new Prince of Hell in town, Asmodeus (guest star Jeffrey Vincent Parise), and with Lucifer (Mark Pellegrino) out of the picture, he sets his sights set on Jack. The episode was directed by Thomas J. Wright and written by Eugenie Ross-Leming & Brad Buckner (#1302). Original airdate 10/19/2017.