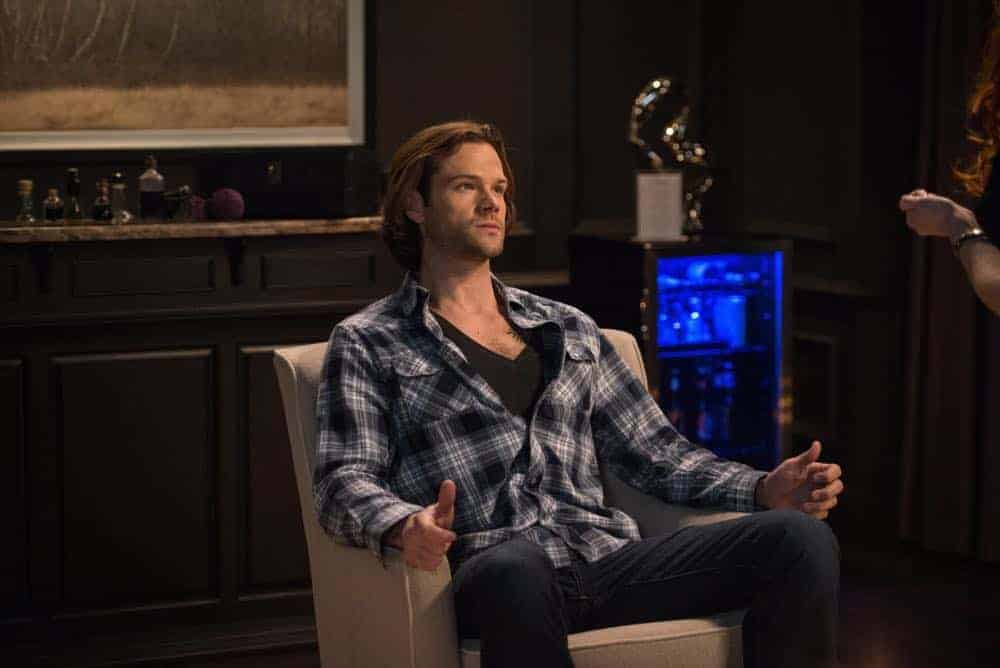 Supernatural “Funeralia” ANGELS, WITCHES AND REAPERS, OH MY – Sam (Jared Padalecki) and Dean (Jensen Ackles) must stop Rowena (guest star Ruth Connell), who is on a deadly mission. Meanwhile, Castiel (Misha Collins) looks to heaven to recruit angels for an impending invasion but is shocked by not only what he finds, but who. Nina Lopez-Corrado directed the episode written by Steve Yockey (#1319). Original airdate 4/19/2018. SUPERNATURAL Season 13 Episode 19 Photos Funeralia.