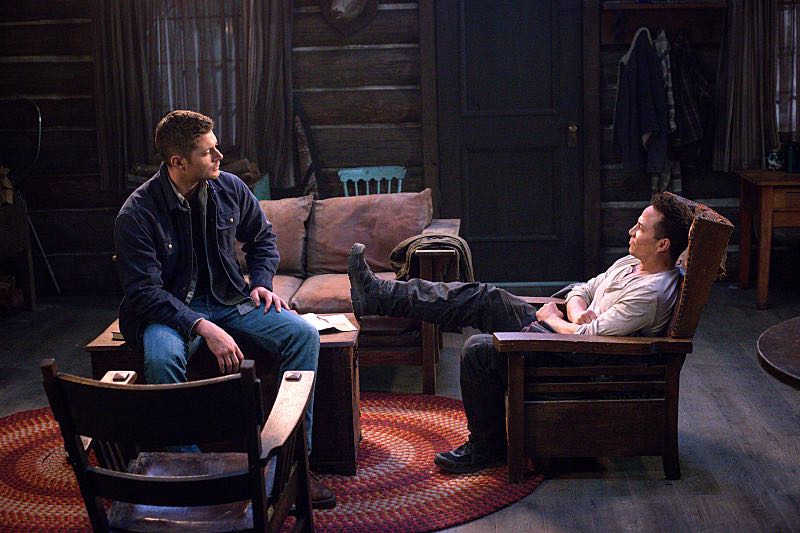 SUPERNATURAL Season 10 Episode 15 Photos The Things They Carried : COLE PAYS A VISIT TO THE WINCHESTERS — Despite Dean’s (Jensen Ackles) directive to forget about looking for a cure for the Mark of Cain, Sam (Jared Padalecki) continues to do research. Dean suspects Sam is hiding something but decides to focus on a new murder case where they run into Cole (guest star Travis Aaron Wade). The three team up and learn a Khan worm is infecting men and turning them into murderers. Unfortunately, the worm makes it’s way into Cole. John Badham directed this episode written by Jenny Klein (#1015). Original airdate 3/18/2015.

THE FLASH Season 1 Episode 15 Photos Out Of Time