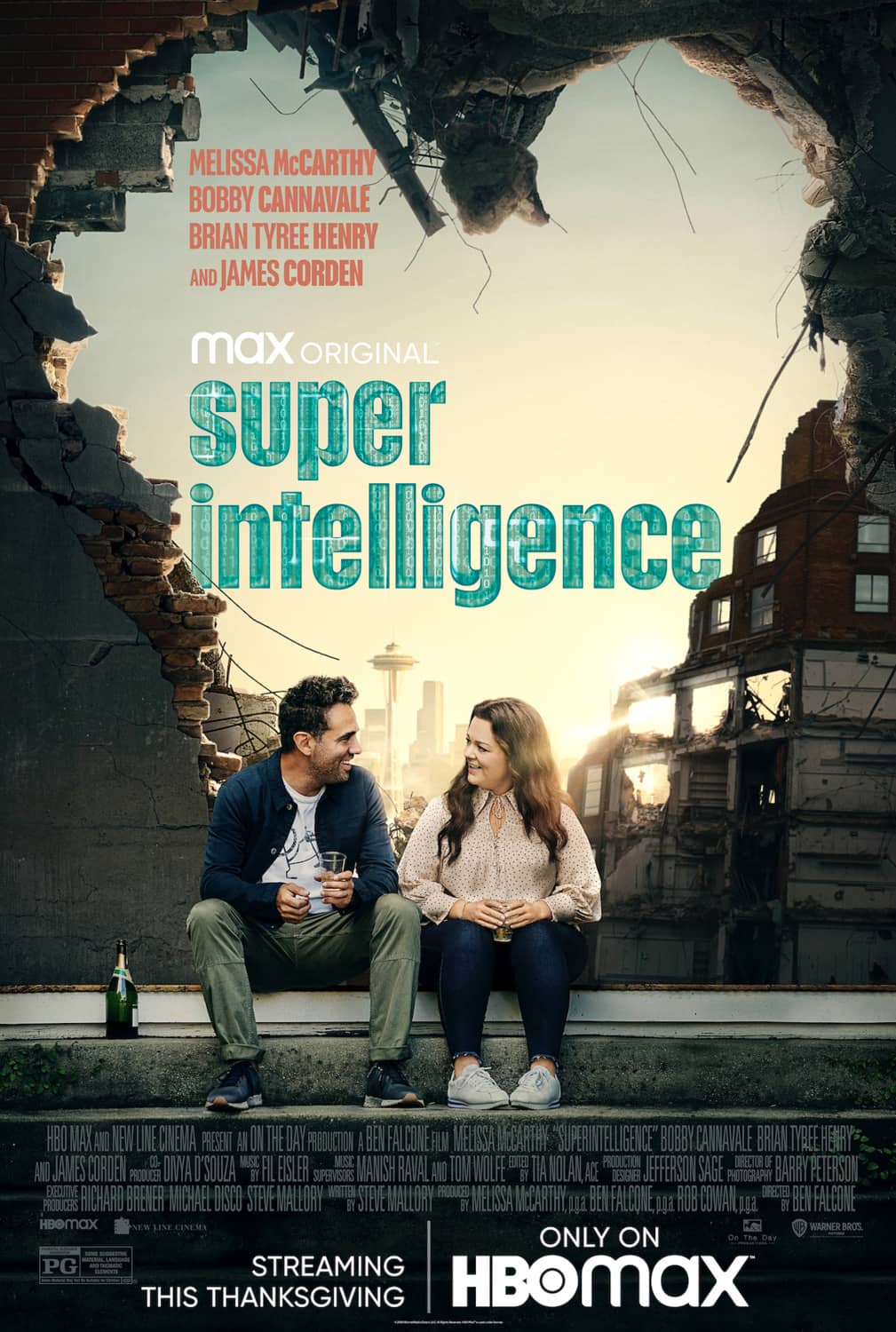 When an all-powerful AI (James Corden) chooses to study the most average person on Earth, Carol Peters (Melissa McCarthy), it’s the perfect recipe for a Thanksgiving movie. PREMIERES NOVEMBER 26

With a star-studded cast, including Bobby Cannavale (Ant-Man and the Wasp, upcoming Motherless Brooklyn), Brian Tyree Henry (Atlanta, Widows), Jean Smart (Fargo, Life Itself) and James Corden (upcoming Cats, Peter Rabbit, Into the Woods), Superintelligence tells the story of Carol Peters (McCarthy), to whom nothing extraordinary ever happens. But when she starts getting snarky backtalk from her TV, phone and microwave, she thinks she’s being punked. Or losing her mind. In fact, the world’s first superintelligence has selected her for observation, taking over her life…with a bigger, more ominous plan to take over everything. Now Carol is humanity’s last chance before this artificial intelligence-with-an-attitude decides to pull the plug.