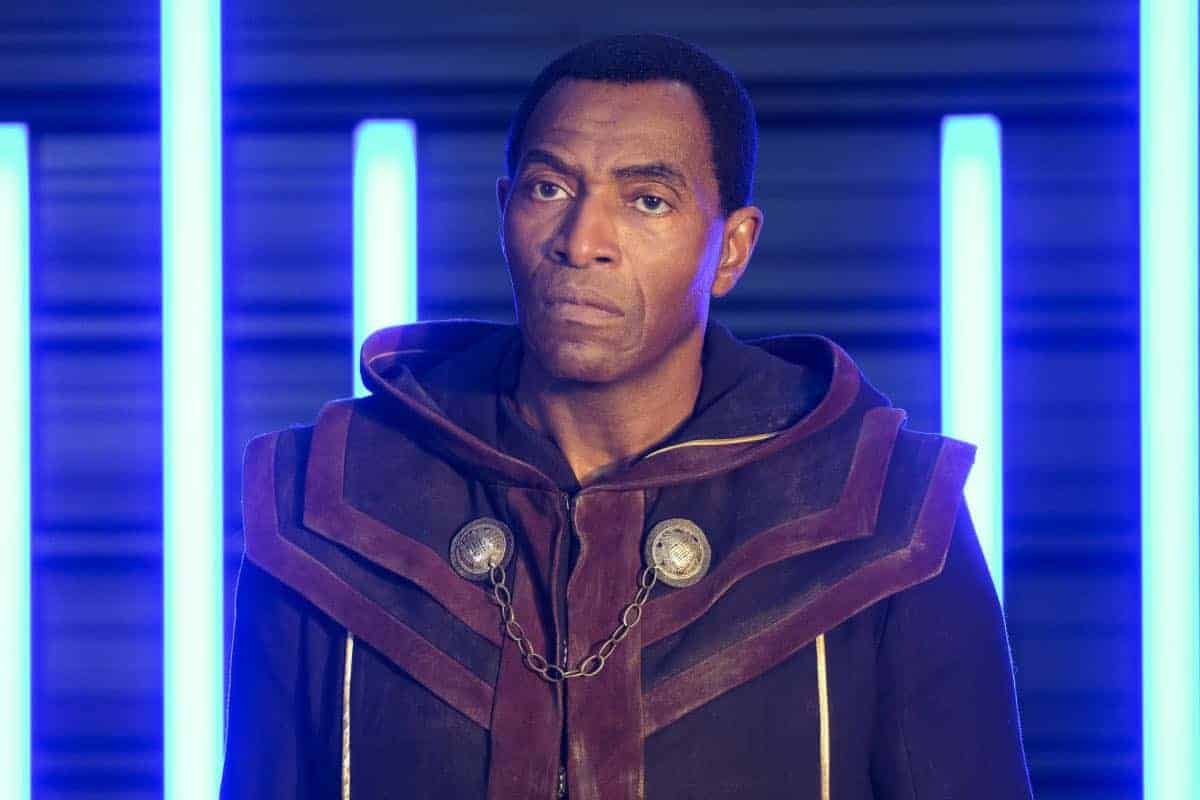 In the CW drama SUPERGIRL, there are so many heart-tugging moments that arise as the show introduces new characters and reveals how much they matter in a universe filled with extraordinary people. One of those heart-warming surprises was the introduction of J’onn’s father M’yrnn, who is superbly portrayed by Carl Lumbly. Having voiced the character of J’onn earlier in his career, it was a delightful surprise when Carl was cast to portray J’onn’s father in SUPERGIRL. Carl’s robust film and television career has kept him quite busy and it is fun to see him bring the character of M’yrnn to life on SUPERGIRL. In an exclusive interview, Carl talks about what a joy it is in portraying M’yrnn and shares a few of the lessons he has learned as a working actor.

What was the initial appeal for you about portraying M’yrnn J’onzz and working on SUPERGIRL?
CARL: My initial appeal for portraying M’yrnn on SUPERGIRL was twofold. Initially, I was approached because I had voiced J’onn in the Justice League animated series for Warner Brothers. The producers thought it might be an interesting bit of casting. They gave me some episodes to watch, and seeing David Harewood’s portrayal of J’onn made it something I became really excited about. Additionally, I found SUPERGIRL to be refreshing and deceptively effective, addressing some very timely and substantive issues in an entertaining, off-hand manner.

How would you describe who M’yrnn J’onzz is in the show?
CARL: M’yrnn is a Martian spiritual leader who has been a political prisoner on Mars for the past three centuries. A recent immigrant to Earth, having been rescued by his son, he is enjoying being reunited with his super heroic son, and adjusting to an alien culture.s

What do you most admire about him?
CARL: I most admire M’yrnn’s curiosity and wonder. He is a being of peace and has a strong spiritual attachment and connection to other beings. He’s truly ingenuous.

How would you describe M’yrnn J’onzz and his son J’onn J’onz’s relationship?
CARL: He and his son have a beautiful relationship of mutual love, respect and discovery, having been estranged for several hundred years, and rediscovering who they are as two adults. They are simply grateful to be in one another’s lives.

What can you share about M’yrnn J’onzz’s upcoming appearance on the show?
CARL: M’yrnn is a very old being, who is experiencing a decline in his capacities and a loss of his independence. He’s no longer in a physical prison. But, his newfound freedom has some self imposed limits. He now has to rely on his son, more and more. He’s experiencing the loss of agency that plagues so many aging individuals in our modern societies. He’s a fish out of water hanging out with the coolest and most powerful people on the planet.

Who do you get to work with most in the show?
CARL: Besides my son, M’yrnn’s greatest interaction is with Alex (Chyler Leigh) and Kara (Melissa Benoist).

Does M’yrnn J’onzz want to join the Supergirl team to help as threats arise?
CARL: M’yrnn is in awe of his son and the team working with the DEO, He’s not really trying to engage in the action. He’s just trying to figure out his new life.

Do you have any favorite scenes that you can share from working on the show?
CARL: There is a scene where J’onn and M’yrnn walk through a park. M’yrnn has just been introduced to coffee and is encouraging his son to ‘smell the roses’. I love his point of view and perspective on living with spirit.

What is it like working alongside the talented ensemble on SUPERGIRL?
CARL: Working with this talented cast reminds me of the experience working on ALIAS. A great group of actors and people (crew included) in orbit around an excellent female lead. It’s a fun set to work on.

As an actor, what has been the one thing you haven taken away from the experience of working on SUPERGIRL?
CARL: My takeaway from working on SUPERGIRL, l as an actor is that no matter how fantastic or far-flung a concept may be, it benefits from being taken seriously from the standpoint of the human dynamic. It’s success is served by the degree to which it resembles the lives we live, and the way we live them.

What has surprised you most about your career so far?
CARL: I suppose the most surprising thing about my career at this point is that I’m still learning what I can do.

Then what are the perks of where you are in your career right now?
CARL: The perks of where I am in my career right now include, having people aware of, and wanting to work with me enough to offer opportunities. It’s nice to feel respected for the body of work I’ve done. I can afford to be discerning about what I choose to do. I have enough experience to be patient.

What advice would you offer to other upcoming and aspiring actors?
CARL: The best advice on acting comes from one of the finest artists I’ve ever worked with, Tyne Daly. She said, “Anything you do, as an actor, can be done richer, deeper, fuller and better.” One has never arrived. The fact that you’ll never be perfect shouldn’t stop you from seeking perfection. The more you work, the more you can play. I love the work. I have fun acting. I guess, additionally, I would advise aspiring and up and coming actors to stay curious and do theatre.

Are you actively involved with any charities? Which charity do you work with most? And which would like to see your fans become more involved with and support?
CARL: I support a number of charities, but I believe in being private about it. I would say that generally, the agencies and efforts to help immigrants and indigenous peoples always gets my attention.

Do you have any other upcoming projects that you can share that fans should keep an eye out for?
CARL: I’m working on a one-man show for the theatre on James Baldwin, author, essayist, international civil rights activist… a hero of mine for most of my life.

To see what happens with Maryann now that he is facing a future with dementia and how that affects his relationship with J’onn, be sure to tune in for all new episodes of SUPERGIRL on Monday nights at 8:00 p.m. on the CW. To see exclusive clips and information behind-the-scenes, be sure to follow the show on Twitter @TheCWSupergirl. Then to see what else that Carl is up to in his career and life, you can also follow him on Twitter @CarlLumbly.