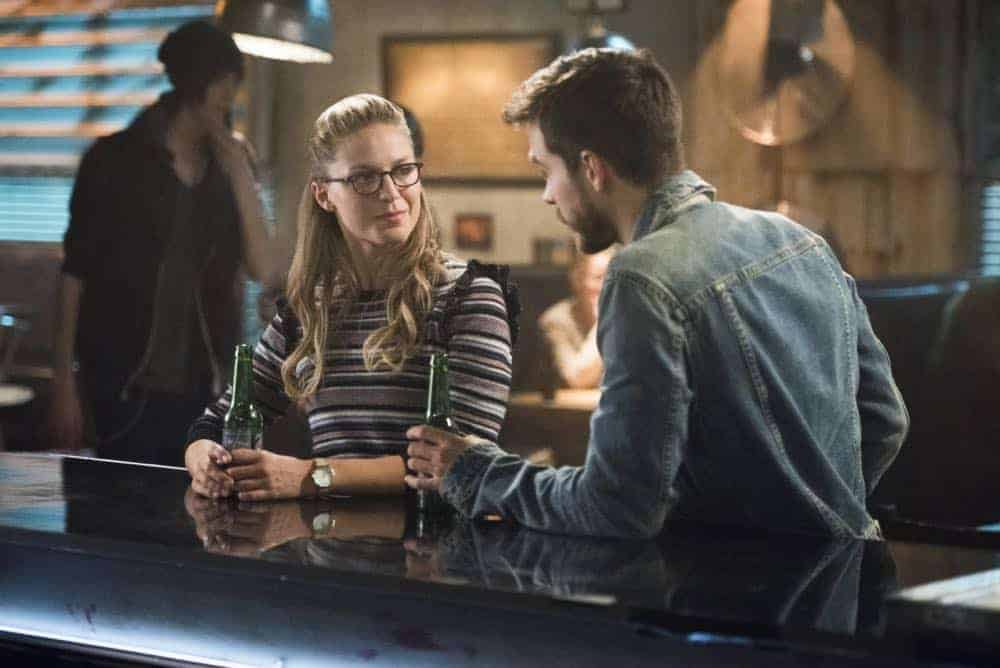 “Schott Through the Heart” OSCAR-NOMINATED ACTRESS LAURIE METCALF GUEST STARS – When Winn’s (Jeremy Jordan) father dies, his estranged mother, Mary (guest star Laurie Metcalf), reappears trying to reconnect and to explain why she abandoned him all those years ago. Winn is too embittered from his rough childhood to forgive her but when a copycat Toyman attacks, the two must work together to stop him. Mon-El (Chris Wood) tells Kara (Melissa Benoist) something important about the Worldkillers, and Alex (Chyler Leigh) becomes suspicious of Myr’nn’s (guest star Carl Lumbly) recent behavior. Glen Winter directed the episode written by Caitlin Parrish & Derek Simon (#314). Original airdate 4/16/2018. SUPERGIRL Season 3 Episode 14 Photos Schott Through The Heart.