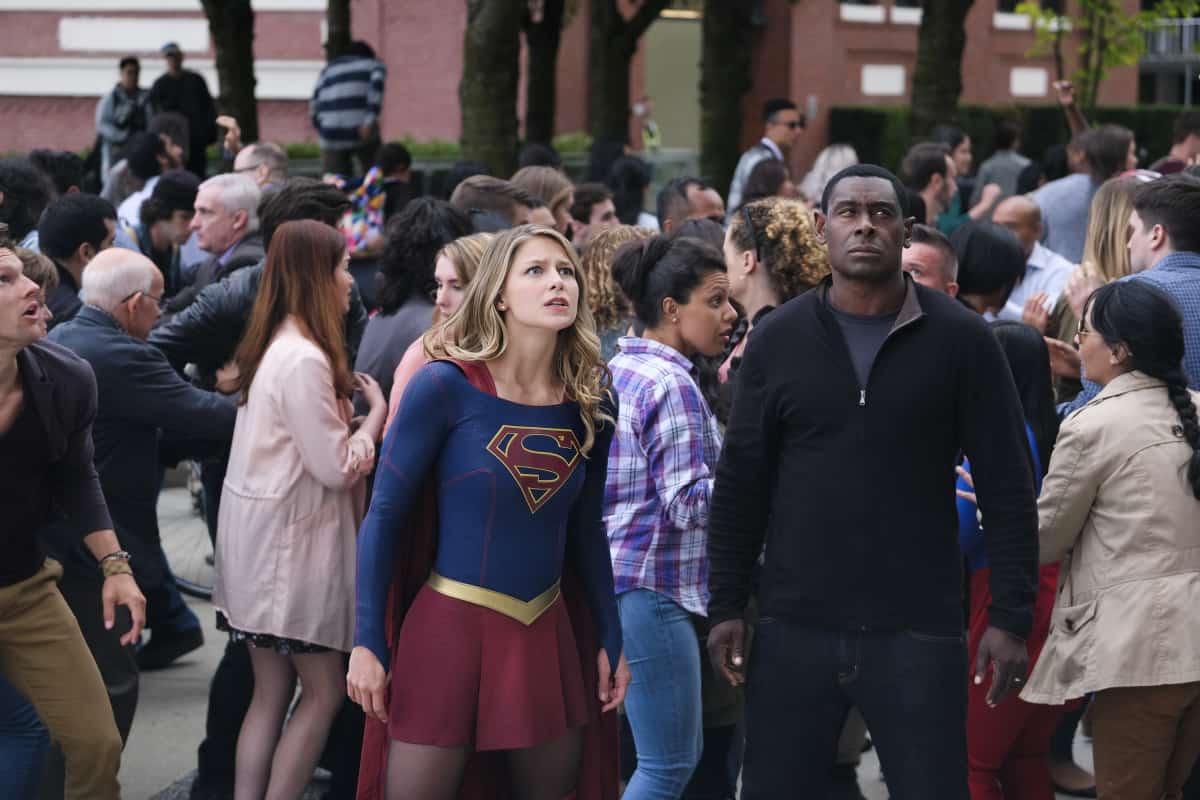 DREAM A LITTLE DREAM OF YOU — Kara (Melissa Benoist) deals with the loss of Mon-El (Chris Wood) by focusing all her energy on being Supergirl and the mysterious new threat against National City. Alex (Chyler Leigh) confesses a secret to Maggie (guest star Floriana Lima) about their impending nuptials. A citizen of National City has a mysterious connection to Kara, and Lena (Katie McGrath) makes a bold move. Jesse Warn directed the episode with story by Andrew Kreisberg and teleplay by Robert Rovner and Caitlin Parrish (#301). Original airdate 10/9/2017.