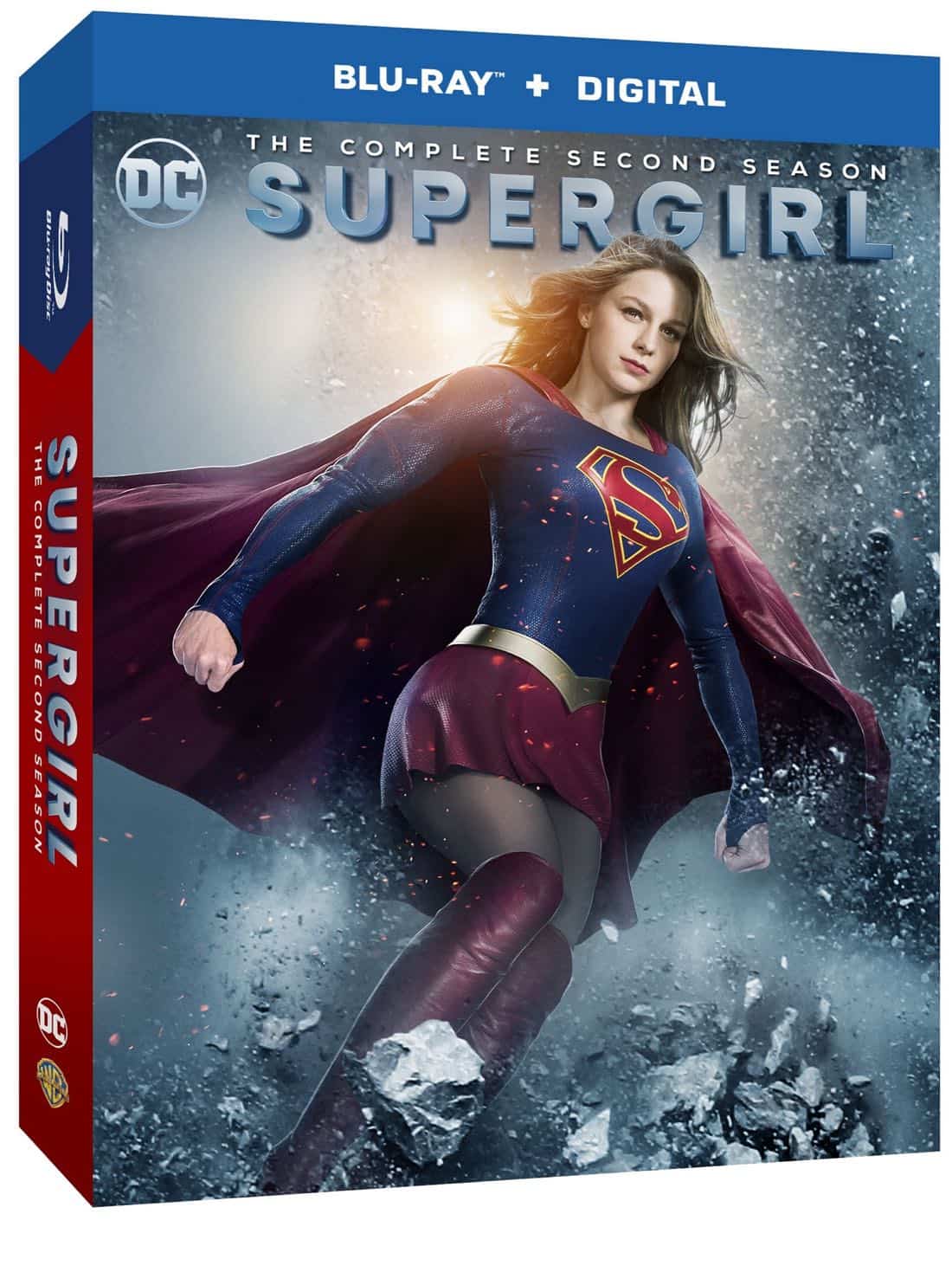 Having left the safety of being Cat Grant’s assistant at Catco Worldwide Media in order to figure out what she really wants to do, Kara Danvers (Melissa Benoist) continues to work with Hank Henshaw aka Martian Manhunter (David Harewood) and her adoptive sister Alex (Chyler Leigh) at the DEO as Supergirl – protecting the citizens of National City and searching for her missing father Jeremiah (Dean Cain) and the secret research lab Cadmus. Along the way, she will team up with her Kryptonian cousin Kal El – aka Superman (Tyler Hoechlin) – to battle new DC Super-Villains both terrestrial and extraterrestrial, as she strives to balance her personal life with friends/allies James Olsen (Mehcad Brooks), Winn Schott (Jeremy Jordan) and more with her busy life as a new Super Hero in SUPERGIRL Season Two.

“After two strong seasons, Supergirl continues to develop a strong fan following,” said Rosemary Markson, WBHE Senior Vice President, Television Marketing. “We’re excited to release the Blu-ray and DVD with in-depth bonus content in addition to the 22 action packed episodes. Fans and newcomers alike can catch up on all their favorite moments from season two, and prepare for the highly anticipated third season of this hit series.”

With Blu-ray’s unsurpassed picture and sound, the Blu-ray release of Supergirl: The Complete Second Season will include 1080p Full HD Video with DTS-HD Master Audio for English 5.1. The 4-disc Blu-ray will feature a high-definition Blu-ray and a Digital Copy of all 22 episodes from season two.

DIGITAL HD
The second season of Supergirl is also currently available to own on Digital HD. Digital HD allows consumers to instantly stream and download all episodes to watch anywhere and anytime on their favorite devices. Digital HD is available from various digital retailers including Amazon Video, CinemaNow, iTunes, PlayStation, Vudu, Xbox and others. A Digital Copy is also included with the purchase of specially marked Blu-ray discs for redemption and cloud storage through participating retail services including CinemaNow, Vudu and Flixster Video.