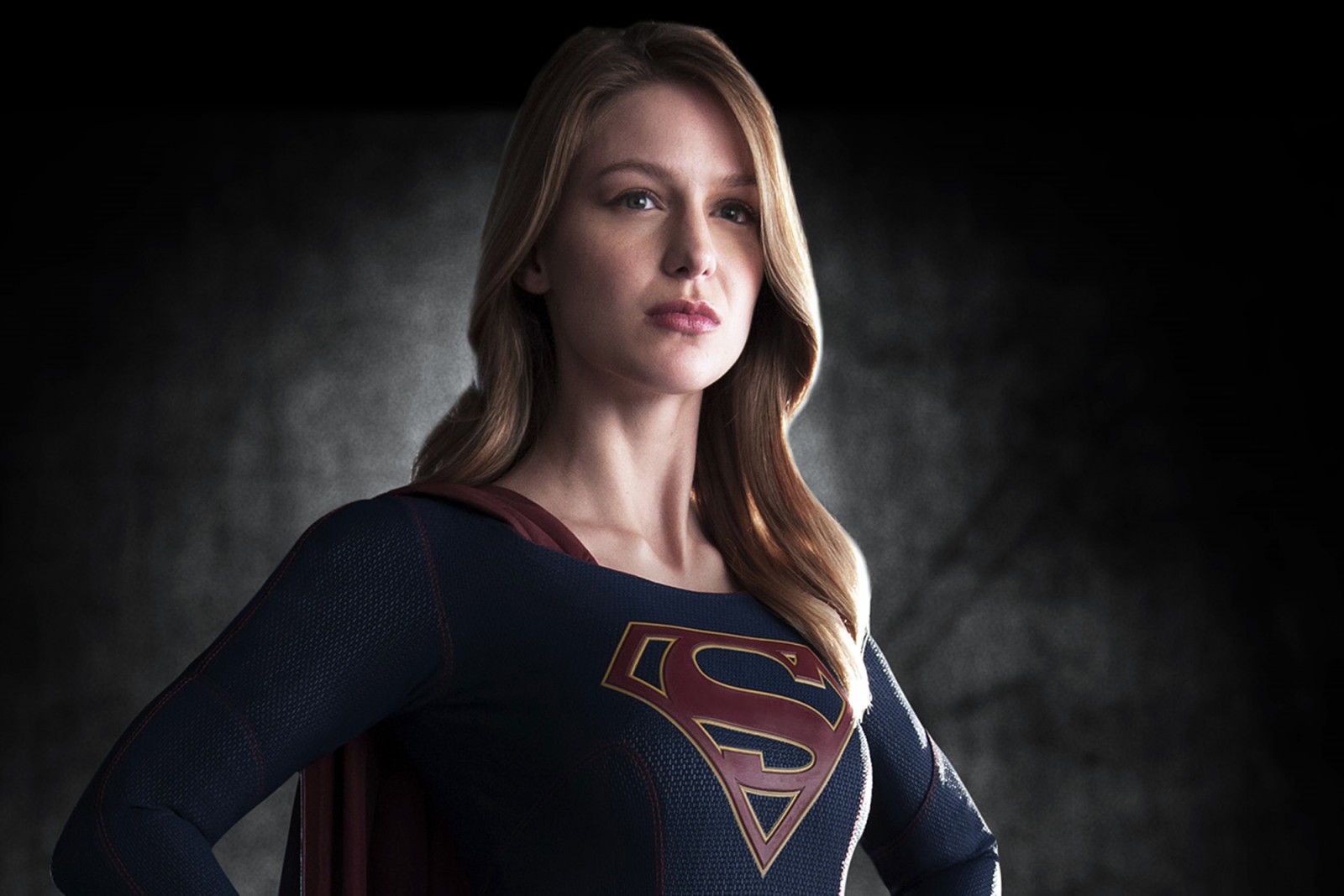 Whenever a new superhero hits primetime TV, there’s a huge amount of expectation to live up to. The family-friendly SUPERGIRL is no exception and so far, SUPERGIRL seems to be finding its home at CBS. Seven more episodes have been ordered for season one, showing that CBS has faith in its latest primetime hit. It could come from the strong cast, led by Melissa Benoist as the title Supergirl, Calista Flockhart, Chyler Leigh, Mehcad Brooks and Jeremy Jordan. Or perhaps it is in the creative team with a track record in comics-turned-TV with show helmers like Greg Berlanti (ARROW, FLASH), Andrew Kreisberg (LEGENDS OF TOMORROW, FLASH) and Ali Adler (NO ORDINARY FAMILY). Either way, SUPERGIRL has a lot more story to tell.

As more of the Supergirl-universe is unfolding, we’re getting glimpses of just what material from the comics is being mined for the CBS hit. We got a chance to sit down with the cast and creative team behind SUPERGIRL on set and get scoop on what to expect for next batch of episodes. While Kara Danvers, aka Supergirl, may be getting a bit more comfortable in that cape, she’d be no where without the Superfriends. Check out what’s to come for the whole gang.

It IS possible for a Kyptonian to lose their powers: In Monday’s episode “Human for a Day,” we learn that both Superman and Supergirl can deplete their superpowers. EP Andrew Kreisberg filled us in on just how that works. “It was a Geoff Johns’ idea that Superman or any Kryptonian’s cells are basically suffused with solar radiation, and that’s where they get their powers from. The heat vision is a expulsion of that energy. That’s where it comes from. You could actually just basically run out, and you would need to recharge.” Kara spent most of the last episode “Red-Faced” defeating the Red Tornado and managed to run out of super juice. EP Ali Adler calls it “a solar flare.” But it may be a good thing for Supergirl to figure out how to be a hero without her Kryptonian powers to fall back upon.

Winn gets his moment under Cat’s glare soon: Kara may manage to handle monster boss Cat Grant with grace but quiet best friend Winn will get his shot in the next episode. Jeremy told us “Next episode we have…it’s the Winn and Cat show a little bit. There’s some crises that happened and Winn has some expertise that helps CatCo get back on top of things and so Cat recognizes his potential and turns her mentor brain over to him for a little while.”

Could Supergirl and James Olson really be a thing? From get-go, there’s been an implied love triangle between Kara Danvers, her best friend Winn and newcomers James Olson. That triangle quickly morphed into a square with the appearance of Lucy Lane, James’ ex-girlfriend. Mehcad Brooks (James Olson) teased a little bit what’s behind James’ intentions. “James is caught in a predicament where he’s heartbroken [previously]. We’ve all been. And he’s afraid to go back to his ex, but also intrigued by this new lady, but she’s off limits. So, I think there’s just more of the sort of, ‘Am I making a mistake going back here? Am I making a mistake not pursing the new thing?’ I think his issue is that, he has two incredible options right in front of him, but one is kind of forbidden and the other has broken his heart. So, that is confusing. That is sort of like a grey area.”

Newcomer Adam Foster could make these relationships get even more complicated: It was announced that comic character Adam Foster, played by Blake Jenner, Melissa Benoist’s real life husband, is soon headed to National City and could mix things up for multiple characters. Melissa told us about Kara’s interest in Adam, “He’s really attractive. Also, I think there’s a mystery about him. There’s a connection because of their past and what they’ve both been through, in terms of family and loss. When she meets Adam that’s definitely the wrench in the machine of her life, in terms of CatCo.”

There are more Super Friends to come: Supergirl has a pretty strong network around her between her best friend Winn, James Olson who plays her conduit of Super Advice from the Man of Steel and her DEO sister Alex. But what 20-something girl doesn’t need some female companionship to stay sane? When asked about more female friends for Kara, EP Ali Adler did mention “We’re actually doing that now with our backorder from CBS so we’re working that out right now, absolutely. And there might be a little twist to that too.” Could that twist be of the superhero variety? Ali kept mum but we wouldn’t rule anything out.

More from the DC-universe showing up in National City? EPs Ali Adler and Andrew Kreisberg made it clear there are a lot more from Supergirl and DC lore to play with. So far, nothing is really off limits. Ali Adler told us, “We have a quiverfull of amazing, historical DC characters that we’d love to take advantage of. There’s so much history in this title and so we absolutely want to use all the things we have in the plus column.” Andrew Kreisberg added “We’ve got some other big villains coming up and some cool announcements we’ll be making soon. We’re getting to do whatever we want anywhere.”

One of those big villains coming has a direct impact on Winn: It’s already been announced the infamous DC villain the Toymaker will appear on Supergirl. We learned early on that Kara’s best friend, Winn Schott Jr, has a father locked up for doing some pretty bad things. When the Toymaker does come to town, it brings up a darker side to Winn. Jeremy gave us some insight as to what to expect from everyone’s favorite nerdy sidekick. “Henry Czerny ­[is playing] Winslow Schott, Sr. who is the infamous Toyman and as we know from previous episodes, he’s been in jail for a long time for doing bad things. In episode 10, we’ll get to meet him. So things are gonna go down. We’re gonna see a different side of Winn, which I’m very excited about. I get to delve a whole deeper. And it was a really challenging episode for me. It was rewarding doing it.” What happens when Winn Jr. and Toymaker meet up? Jeremy told us, “For Winn, it’s abandonment without reason and without understanding and we’ll learn a little more about why and what that was. He’s definitely holding on to some pretty deep, dark emotions when it comes to confronting his dad that are brought to the surface very quickly. I think the exciting thing for me is you start to see what’s sort of behind the fun, quippy­ness and why Winn is like that.”

Sisterly love: Sisters Kara and Alex Danvers have had some bumps since it was revealed Alex was part of the DEO, unbeknownst to her alien foster sister. Yet, even that secret hasn’t pulled them apart. Both Melissa Benoist (Kara) and Chyler Leigh (Alex) were adamant their favorite relationship has been playing out the relationship between Kara and Alex. Melissa exclaimed “Their relationship is my absolute favorite, hands down. It’s so complicated, the way female relationships can be, especially between sisters, and that’s what’s so beautiful about it. You will only see their love and their bond get stronger and more unbreakable.” Chyler echoed her sentiment. “Some of the work that I know Melissa and I love most, is the scenes that we get to just be sisters. Where it’s in the loft where we’re stuffing our faces with pizza or ice cream or whatever it is. There’s a reality to that, that I think is very special. You’re not judged. You’re just level playing field. Those scenes are really fun for us.”

James will be meeting up with the DEO soon: For Kara, her life has been compartmentalized between life at CatCo and her Supergirl life with the DEO. Those worlds will merge soon when James and Winn meet Hank. There aren’t a lot of details but Mehcad told us James will be getting more techy soon with the DEO. “There’s more gadgets. Some of this stuff is, like, covert operation, government stuff. So, there are different things that come from the DEO or Kryptonian technology that James gets his hands on. There is some espionage stuff. There is stuff coming up, not in this next episode but the one after, I get to play, like, Vin Diesel and James Bond.”

Check Out These POINT BREAK Behind The Scenes Stunt Videos