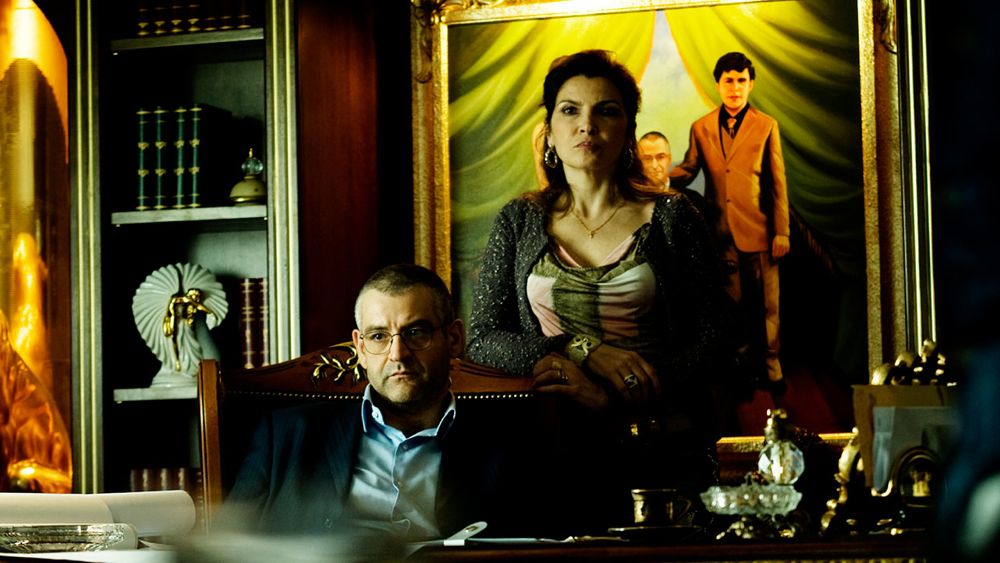 “Gomorrah,” Italy’s all-time most popular television series, is based on the best-selling book by the journalist Roberto Saviano. The novel has sold more than 10 million copies worldwide and inspired the film Gomorrah, which won the 2008 Grand Jury Prize at the Cannes Film Festival. The series, set in the suburbs of Naples, focuses on the inside story of the Camorra, the fierce Neapolitan crime organization, and is told through the eyes of Ciro Di Marzio (Marco D’Amore), the right hand of the clan’s godfather, Pietro Savastanno (Fortunato Cerlino).

“‘Gomorrah’ is a hard-hitting drama with a healthy dose of Shakespearean tragedy,” said Joel Stillerman, president of original programming and development for AMC and SundanceTV. “SundanceTV prides itself on presenting distinctive stories from unique points of view, and ‘Gomorrah’s’ gritty exploration of the Comorra mob families in Naples is no exception. This drama proved extremely popular in Italy and we’re thrilled that SundanceTV will be its exclusive U.S. home.”

Commented TWC Co-Chairman Harvey Weinstein: “Gina Gardini, who happens to have also run my European production team for eight years at Miramax, supervised the entire ‘Gomorrah’ series. She and the entire Cattleya team are the preeminent producers behind this series. Roberto Saviano, who wrote the book, became a friend of mine, so I found the entire project irresistible and television audiences will too. And I congratulate the entire team at SundanceTV and AMC for having the acumen to bring this show to U.S. audiences.”

The series is produced by Sky Atlantic, Cattleya and Fandango in association with La7 and Beta Film, written by Stefano Bises and directed by Stefano Sollima, Cristina Comencini and Claudio Cupellini. The series was developed for television by Giovanni Bianconi, Stefano Bises, Leonardo Fasoli, Ludovica Rampoldi and Roberto Saviano. It is distributed by The Weinstein Company.

“Gomorrah” joins SundanceTV’s 2016 slate of scripted dramas which includes “Hap and Leonard,” a darkly comic swamp noir story of two best friends (James Purefoy and Michael Kenneth Williams), one femme fatale (Christina Hendricks), a crew of washed-up revolutionaries, a pair of murderous psycho-killers, some lost loot and the fuzz; “The Last Panthers,” an international crime thriller starring Samantha Morton and John Hurt that begins with an audacious jewelry heist in Marseilles, with all the trademarks of the infamous and recently dormant ‘Pink Panthers’ gang, that launches parallel – and intertwined — investigations; “Cleverman,” a drama set in the near future that sees a species from ancient mythology battling for survival in a world that wants to silence, exploit and destroy them. Starring Iain Glen, Frances O’Connor; “The A Word,” starring Chris Eccleston and Vinette Robinson in an intimate portrait of a contemporary family after their young son is diagnosed with autism; And the fourth and final season of the Peabody Award-winning “Rectify,” which follows the life of Daniel Holden (Aden Young), who returns to his small hometown in Georgia after serving 19 years on death row.

The deal for “Gomorrah” was negotiated by David Glasser and Michal Podell Steinberg on behalf of TWC with Melissa Landau on behalf of SundanceTV.