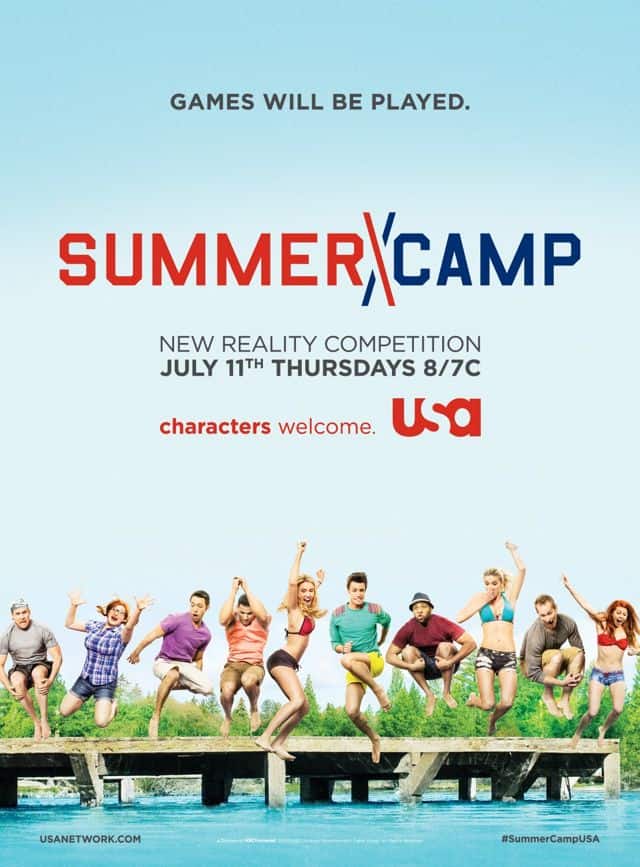 SUMMER CAMP Poster : The eight episode one-hour series “Summer Camp” is hosted by Matt Rogers (“American Idol,” “Coming Home”).  From Emmy Award-winning producer Allison Grodner and Rich Meehan (“Big Brother”) and Fly on the Wall Entertainment and distributed by Sony Pictures Television, this escapist series sends die-hard campers back to the most cherished place of their youth for the thrill of a lifetime.

In “Summer Camp,” viewers will meet an eclectic group of 16 adults from all walks of life – from the fanatic hunter to the former nerd-turned-supermodel to the vegan yoga instructor. Campers will pack their bags and head to an idyllic lakeside retreat in Big Bear, California, where they will indulge in over-the-top, battle-of-the-sexes, competitions inspired by classic camp games. At the end of the summer, the remaining competitors face off in the “Campathalon,” an ultimate Olympic style event.