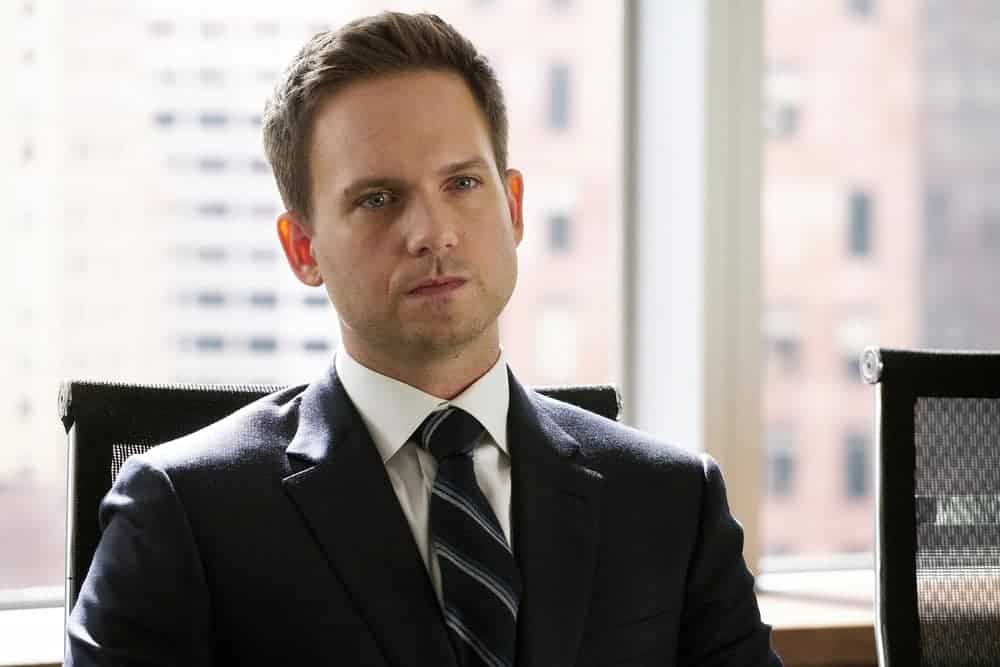 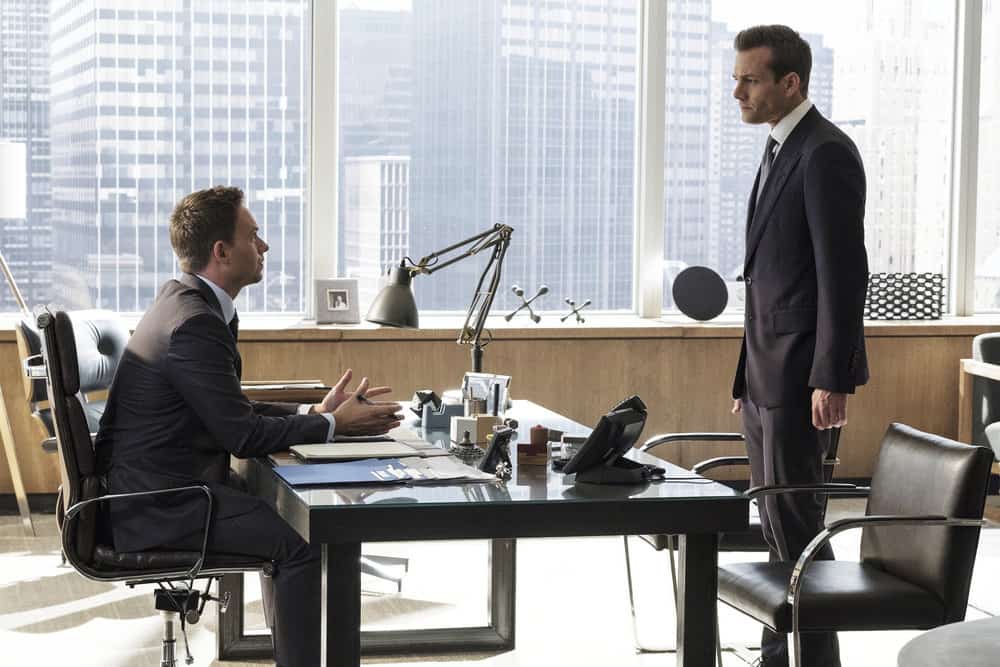 Harvey has to call in an old debt for the firm. Mike goes toe-to-toe with an unlikely opponent. Louis comes to term with his new role. SUITS Season 7 Episode 12 Photos Bad Man.

“Suits” began when legendary hotshot lawyer Harvey Specter took a gamble by hiring Mike Ross, a brilliant, but not-so-legitimate college dropout, as an associate at his prolific Manhattan law firm. Nearly seven seasons later, this dynamic duo along with Louis, Donna and Rachel have become a family intertwined in one another’s triumphs and tribulations. The back half of “Suits”’ Season 7 will premiere on Wednesday, March 28 at 9/8c, culminating in a 2-hour season finale on Wednesday, April 25 – an arc in which “Suits” says goodbye to characters Mike Ross (Patrick J. Adams) and Rachel Zane (Meghan Markle).