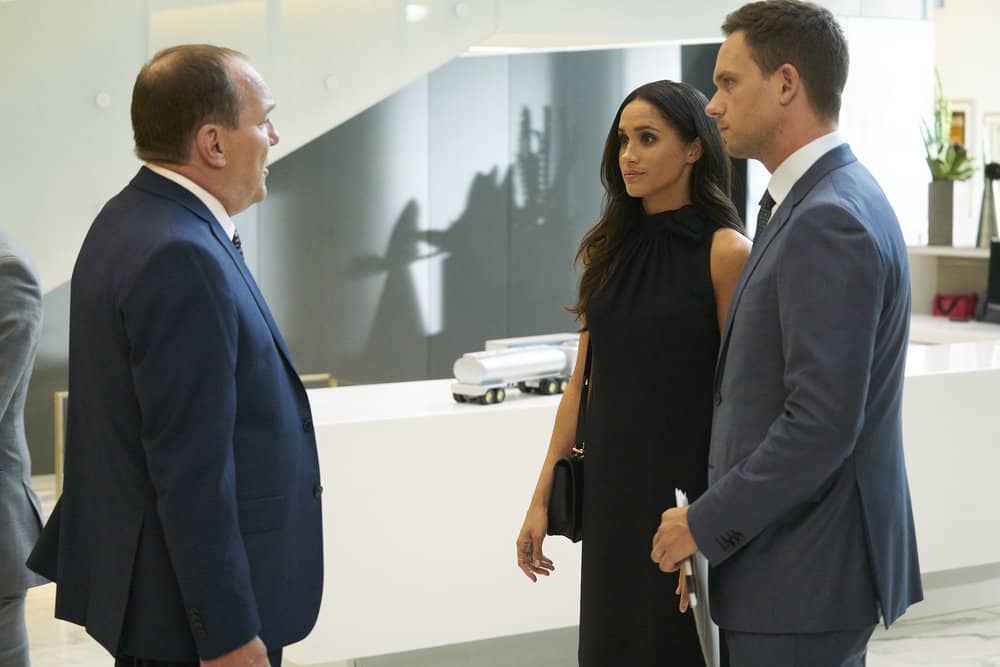 Harvey and Louis fight to protect the future of the firm from its past. Alex worries Mike’s instincts could risk a client relationship. Donna and Harvey delve into the aftermath of their kiss. SUITS Season 7 Episode 11 Photos Hard Truths.