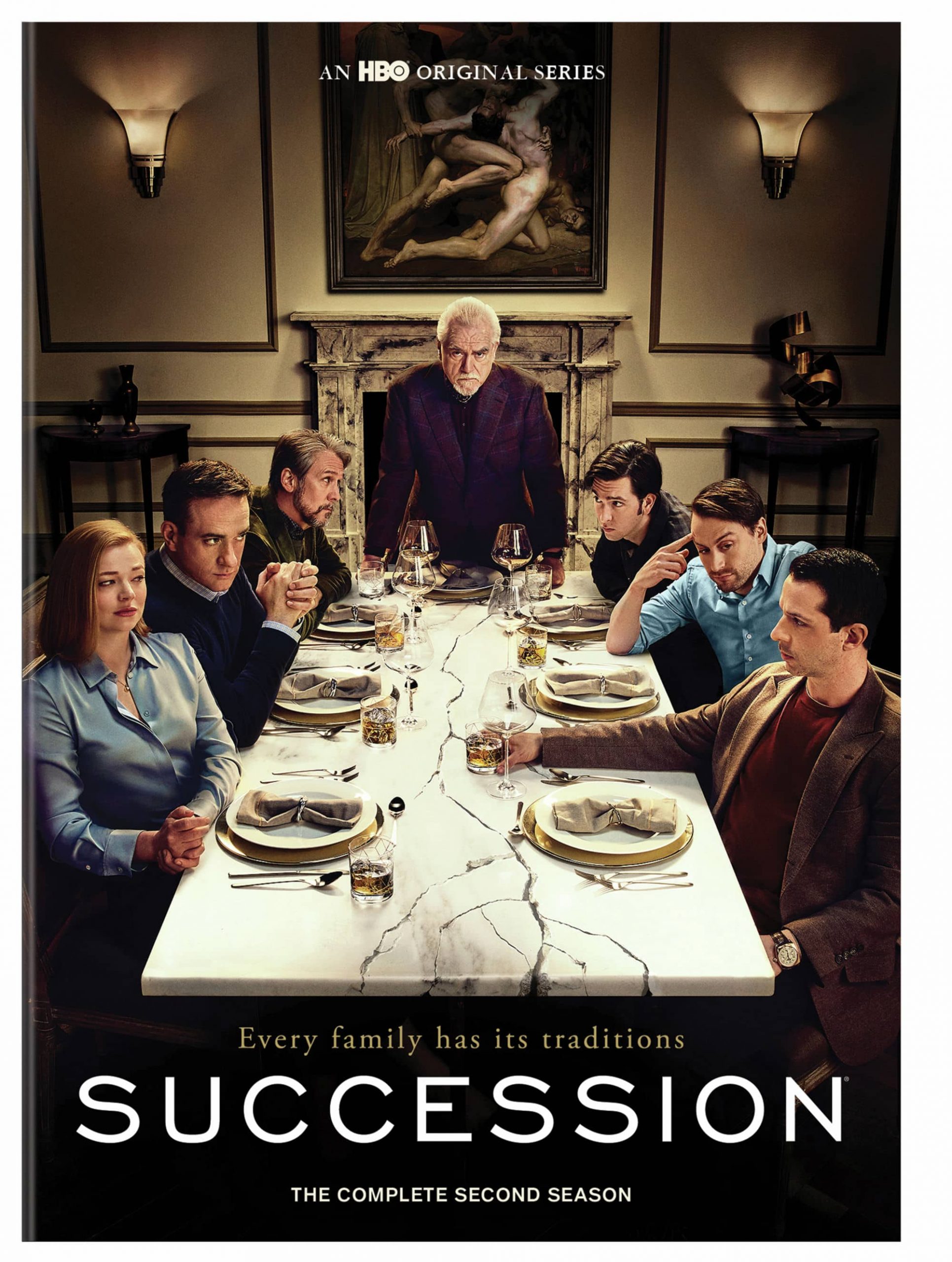 The saga of one of America’s most powerful media families continues on the second season DVD release of Succession, HBO’s provocative drama about an enormously wealthy, aging patriarch and his four grown children, who together control one of the biggest entertainment conglomerates in the world. Created by Emmy® Award winner and Oscar® Award nominee Jesse Armstrong (In the Loop, The Thick of It) Succession is HBO’s Golden Globe® and Emmy® Award-winning* series, which has received high praise from critics and has resonated powerfully with audiences. Now viewers can own season two of the cable network’s compelling hit series. Titled Succession: The Complete Second Season, this DVD release will be available on September 15, 2020 and is priced to own at $24.98 SRP ($29.98 in Canada). The second season of Succession is also available to own on Digital via purchase from digital retailers.

Succession explores themes of power, politics, money and family, played out within a rich and dysfunctional family whose patriarch, Logan Roy (Brian Cox), is CEO of Waystar Royco, one of the world’s largest media and entertainment conglomerates. Beginning where season one dramatically left off, the second season follows the Roys as they struggle to retain control of their empire amidst internal and external threats. While the future looks increasingly uncertain, it is the past that portends to ultimately destroy them, as each of Logan’s four children remains focused on personal agendas that may or may not sync with those of their siblings. As Kendall (Jeremy Strong) deals with fallout from his hostile takeover attempt and guilt from his involvement in a fatal accident at the end of season one, season two finds Shiv (Sarah Snook) poised to make her way into the upper-echelons of the company, while Roman (Kieran Culkin) decides to reacquaint himself with the business by starting at the bottom, and Connor (Alan Ruck), who’s long eschewed the Waystar machinations, launches an unlikely bid for president. Blending high drama with sharp humor, Succession promises plenty of palace intrigue as this emotionally-challenged family navigates a rapidly changing media landscape and the looming question of who will take over in a post-Logan world.

“Succession is one of the most engaging dramas on television today,” said Rosemary Markson, WBHE Senior Vice President, TV Marketing. She added, “The series offers an intriguing look into the complex lives and dynamics of an ultra-wealthy and powerful family that’s driven by greed and ambition. The writing is smart, with deeply layered and well-crafted story lines that surprise viewers with unexpected twists and turns. Audiences will be hooked from the start. We are thrilled to make Succession: The Complete Second Season available for fans to own and enjoy on DVD for years to come.”

· Invitation to the Set
· 10 Inside the Episode Featurettes

The second season of Succession is available to own on Digital. Digital allows consumers to instantly stream and download all episodes to watch anywhere and anytime on their favorite devices. Digital is available from various retailers including Apple TV, Amazon Video, Google Play, Vudu, PlayStation, Xbox and others.