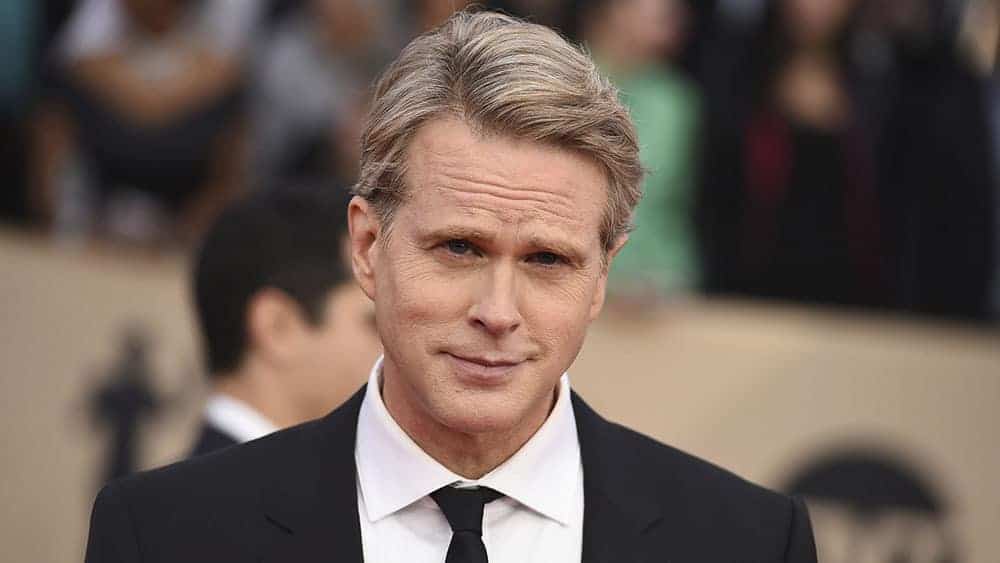 [MAYOR KLINE] – Handsome, slick, and sleazy, Mayor Kline is your classic 80s politician — more concerned with his own image than with the people of the small town he governs.

Cary Elwes was recently a series regular on his show THE ART OF MORE, which has wrapped its second season for Sony/Crackle. He stars in this opposite Dennis Quaid, Kate Bosworth and Christian Cooke. Elwes shot THE BILLIONAIRES BOYS CLUB opposite Ansel Elgort, Taron Egerton and Kevin Spacey, and can be seen starring in the theatrical release THE QUEEN OF SPAIN, opposite Penelope Cruz for Academy Award winning director, Fernando Trueba (“Belle Epoque”);SUGAR MOUNTAIN, opposite Jason Momoa; and WE DON’T BELONG HERE, opposite Catherine Keener and Anton Yelchin.

He was recently seen in director Rob Reiner’s BEING CHARLIE, which bowed at the 2015 Toronto International Film Festival to rave reviews. Cary produced and wrote ELVIS NIXON which starred Kevin Spacey and Michael Shannon which was released by Bleeker Street.

Other recent TV credits include Workaholics and recurring on LIFE IN PIECES. Cary was also in the critically acclaimed miniseries FROM THE EARTH TO THE MOON, UPRISING, THE RIVERMAN and POPE JOHN PAUL II.

Last year, Elwes released his first memoir, AS YOU WISH: INCONCEIVABLE TALES FROM THE MAKING OF THE PRINCESS BRIDE, which became a New York Times Bestseller and the paper back will be released this October.

[BRUCE] – He’s a journalist for the The Hawkins Post with questionable morals and a sick sense of humor.

Jake Busey was born, raised and is living well in show business.

The son of photographer Judy Lynn Helkenberg and actor Gary Busey, Jake spent his childhood on film sets, on the road with his father’s bands and grew up as a complete artist. Spending many years side-stage -studying such acts as Willie Nelson, Leon Russell, and Feetwood Mac, Jake found his passion for music and performing.

Busey entered the industry with a bang in his first motion picture STRAIGHT TIME (1978), starring alongside his father and Dustin Hoffman. Ever since, Jake has worked with Jodi Foster in CONTACT, Will Smith in ENEMY OF THE STATE, Michael J Fox in Peter Jackson’s THE FRIGHTENER’S, Luke Wilson and Drew Barrymore in HOME FRIES, Reese Witherspoon in S.F.W., and most memorably as the smart – mouthed Private Ace Levy in STARSHIP TROOPERS.

Most recently, Jake starred in the Shane Black / Fox feature The Predator, coming August2018. Jake recurred on Ray Donovan, is recurring on ABC’s Marvel’s Agents of SHIELD anddozens of other guest spots. Busey also starred in 3 seasons of Robert Rodriguez’s FROM DUSK TILL DAWN.

A bit of a modern-day Renaissance man, Jake’s passions in life include fatherhood, acting, music, flying planes when necessary and fabricating custom motor-bicycles. What’s a motor-bicycle…? Visit thejakebike.com and you’ll find out!