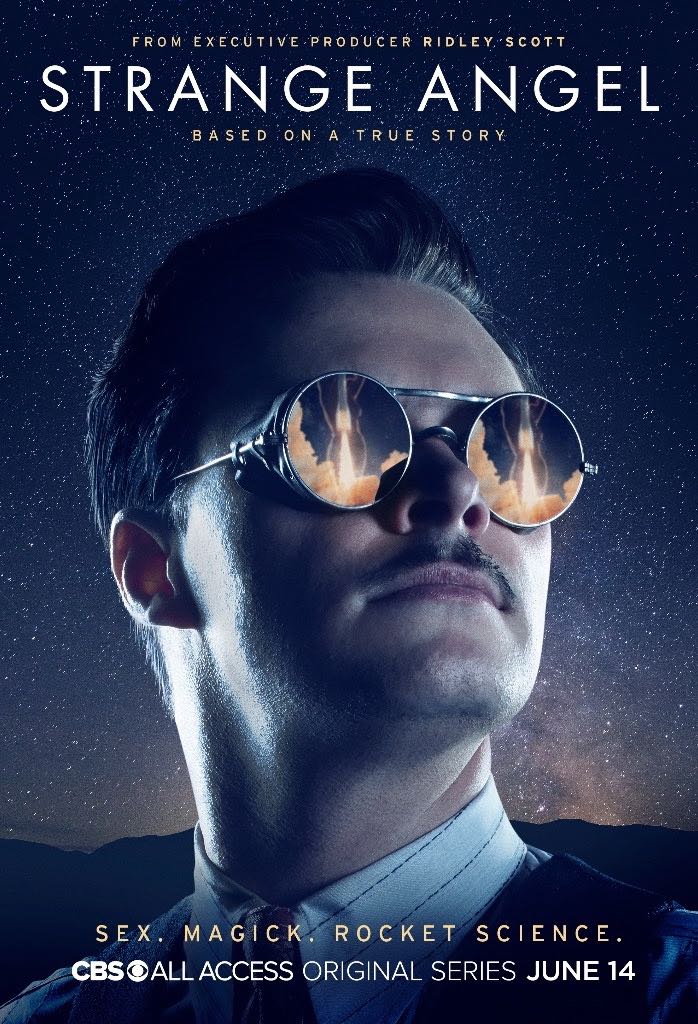 STRANGE ANGEL, a drama series created by Mark Heyman (“Black Swan,” “The Skeleton Twins”) and based on George Pendle’s book of the same name, is inspired by the real life story of Jack Parsons and explores the dramatic intersection between genius and madness, science and science fiction.

Jack Parsons (Jack Reynor), a brilliant and ambitious blue-collar worker in 1930s Los Angeles, works as a janitor at a chemical factory but dreams of building rockets that will take mankind to the moon. As he helps pioneer the unknown discipline of rocket science by day, by night, Parsons is pulled into a new occult religion created by Aleister Crowley, performing sex magick rituals to bend the world to his will and make his fantastical dreams a reality.