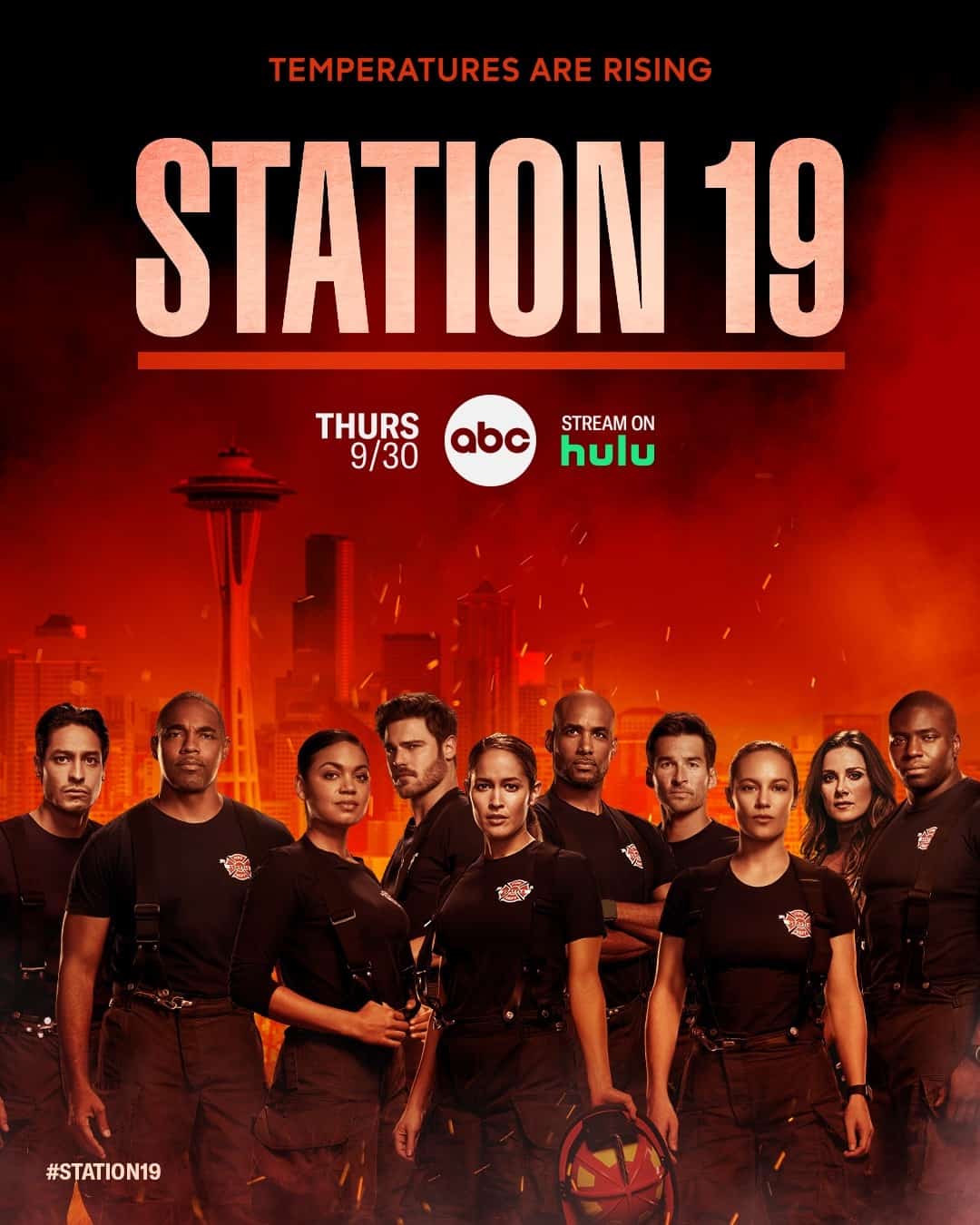 “Phoenix from the Flame” – Relationships are challenged at Station 19 following Sullivan’s actions at Maya and Carina’s wedding, putting his marriage with Andy to the test. Dean comes to terms with his feelings for Vic, while Travis rekindles an old flame. The annual Phoenix Festival brings out some reckless behavior in some of Seattle’s citizens, challenging the teams at Station 19 and Grey Sloan Memorial in the season premiere of “Station 19,” THURSDAY, SEPT. 30 (8:00-9:00 p.m. EDT), on ABC. Episodes can also be viewed the next day on demand and on Hulu.

Season three of “Station 19” kicks into high gear with an epic two-hour “Grey’s Anatomy” crossover event. After a car crashes into Joe’s Bar, Andy (Jaina Lee Ortiz) and Sullivan (Boris Kodjoe) lead the team of firefighters as they work to rescue their fellow crewmates Ben (Jason George) and Pruitt (Miguel Sandoval), Grey Sloan doctors and interns, and bar patrons before the building comes crumbling down.

The unpredictable lifestyle and life cycle of our team of first responders will significantly affect relationships inside and outside the firehouse. We’ll see Andy continue to grapple with her father, former Captain Pruitt, as he fights his own secret battle; and Ben will develop a new emergency response tactic that will combine his skills as a surgeon and firefighter. Meanwhile, Jack (Grey Damon) faces moral challenges that will test his character; Vic (Barrett Doss) continues to seek happiness after losing Ripley and will come to the aid of a good friend who is in desperate need of help; and Travis (Jay Hayden) is forced to confront difficult events from his past. Dean (Okieriete Onaodowan) will be tested in ways he never imagined; and Maya (Danielle Savre), always the go-getter, will make sacrifices in her personal life to achieve her career goals. And while Sullivan’s feelings for Andy still linger, so does the debilitating pain from his recent leg injury.

The new season will feature more crossover storylines between ABC’s flagship series “Grey’s Anatomy,” with characters seamlessly going back and forth between both shows. Seattle’s brightest doctors will collide with Seattle’s boldest firefighters in unexpected ways as they work side by side to save lives.