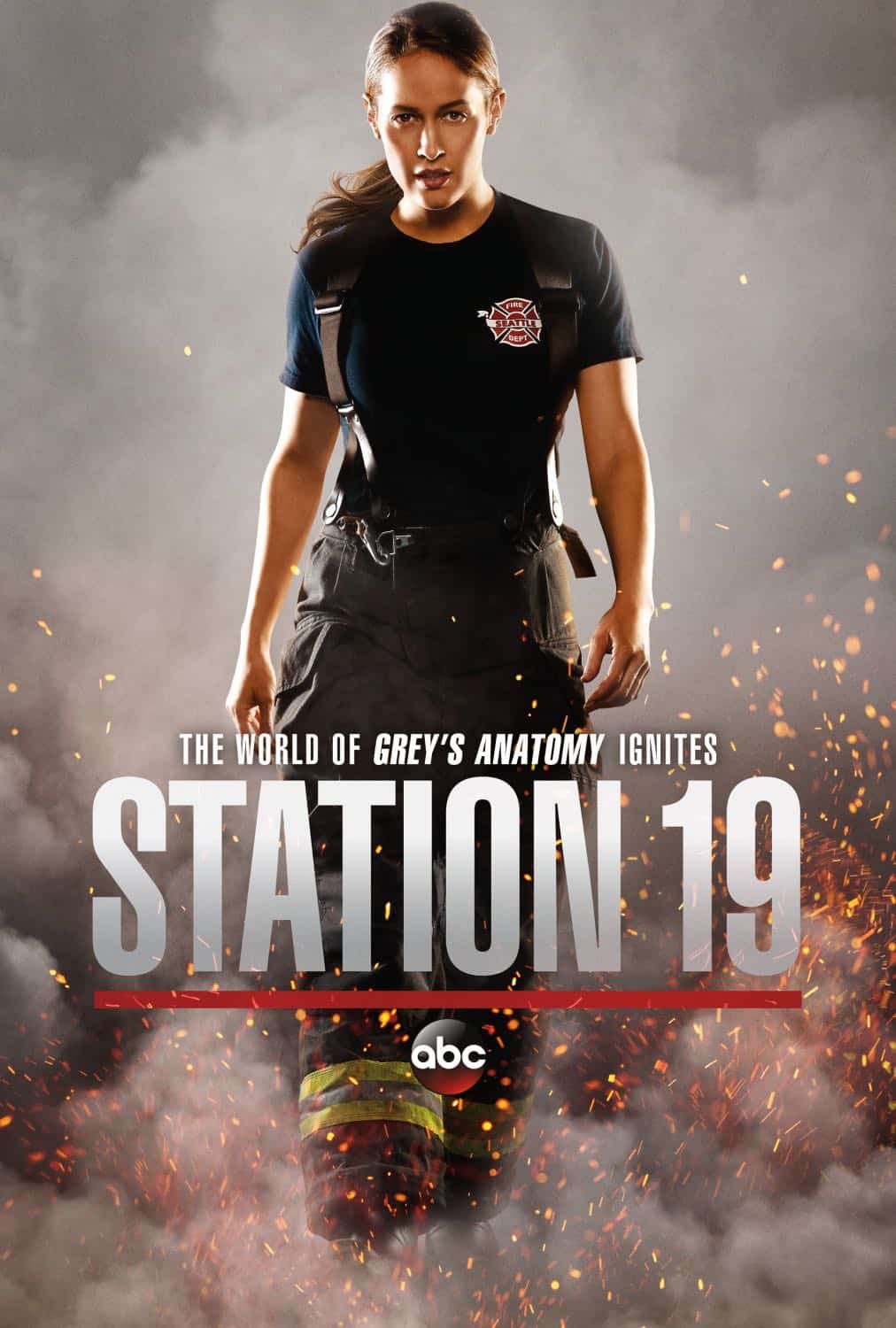 In Seattle, all firefighters are also trained EMTs and the crew at Station 19 is second to none. Working in 24-hour shifts, these professionals spend so much time together that they build relationships unlike any others.

Practically raised at the station, Andy Herrera (Jaina Lee Ortiz) is a confident, badass firefighter who is also the daughter of Captain Pruitt (Miguel Sandoval), the formidable head of the firehouse. Captain Pruitt was Andy’s primary inspiration to become a firefighter, and is a mentor to both Andy and Jack Gibson (Grey Damon), the lieutenant at Station 19. Passionate and energetic, Jack is fearless – just the kind of guy you want coming to your rescue. While Jack is fearless, Andy plays by the rules – but when these two are together, sparks fly and opposites attract.

Andy’s best friend and confidant is Maya Bishop (Danielle Savre). A former Olympic athlete, Maya has an innate competitive nature that pushes her to be the best firefighter in the house. Meanwhile, charming Dean Miller (Okieriete Onaodowan) is nothing short of passionate and jumps at the chance to be a hero. He is also very aware of the appeal of a firefighter in uniform and is not afraid to use that to get a date or two with the ladies.

Travis Montgomery (Jay Hayden) is the heart of the station, keeping everyone on track and helping his fellow team members grow. After a traumatic event, he is also a stickler for following the rules and making sure the newbies stay in line.

As the youngest member of the team, Victoria “Vic” Hughes (Barrett Doss) is eager to prove herself as a crucial part of the Station 19 family. She often tends to meddle where she doesn’t belong but rarely allows others insight into her personal life.

Rounding out the firehouse, the newest addition to Station 19 is rookie Ben Warren (Jason George). Ben traded in his scalpel for a fresh start as a firefighter but has a hard time realizing that emergencies in the field are vastly different than those at Grey Sloan Memorial Hospital. While it’s a shock becoming the newbie again, he’s learning from the best and is up to the challenge.

The team also works closely with Seattle PD and often has run-ins with one of Andy’s oldest friends (and former high school flame), Ryan Tanner (Alberto Frezza). After a traumatic event brings Andy and Ryan closer, it’s impossible not to see the attraction.