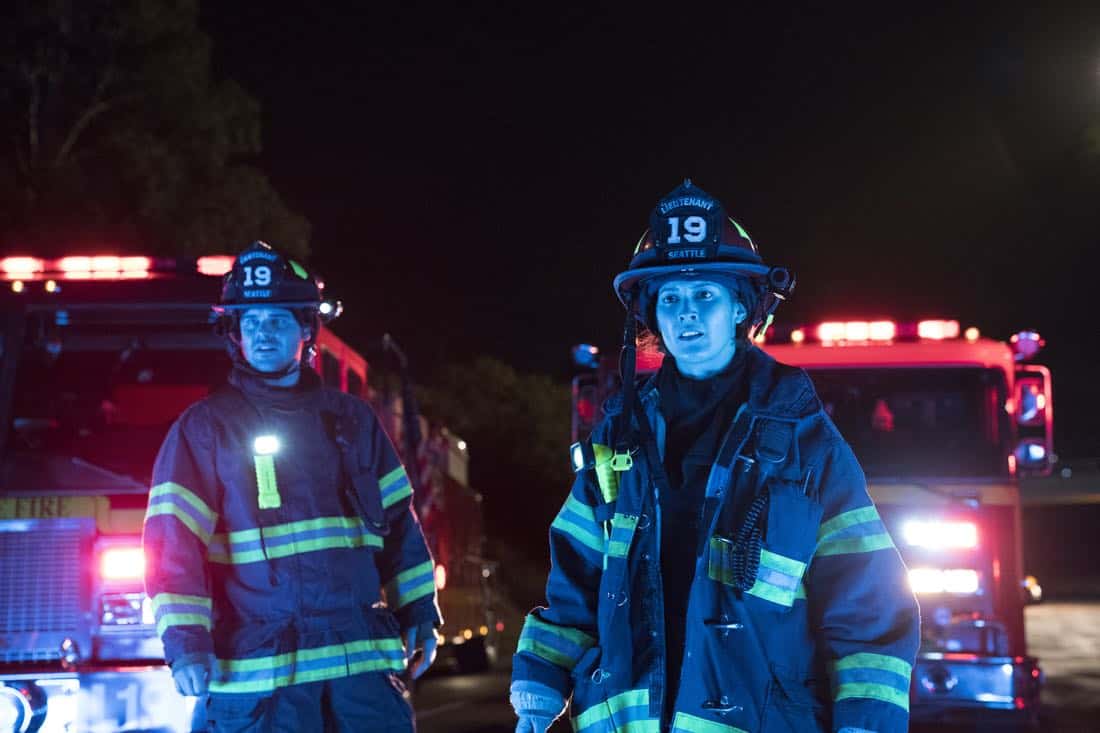 “Stuck”/“Invisible To Me” – When the team responds to an apartment fire, Captain Pruitt takes a hit, the future of the station’s leadership is in jeopardy and firefighter Andy Herrera is forced to step up. Meanwhile, new recruit Ben Warren is trading in the scalpel for a fresh start as a firefighter, but it hasn’t been easy and he has a hard time realizing that emergencies in the field are vastly different than those at Grey Sloan Memorial. With the absence of Captain Pruitt, Andy and Jack try to navigate how to work together, and a car accident on a rural road puts both the victims and the crew’s lives at risk, on the series premiere of “Station 19,” THURSDAY, MARCH 22 (9:00-11:00 p.m. EDT), on The ABC Television Network, streaming and on demand. STATION 19 Season 1 Episode 1 + 2 Photos Stuck and Invisible To Me.

Guest starring in “Stuck” are Ellen Pompeo as Meredith Grey and Chandra Wilson as Miranda Bailey.

“Stuck” was written by Stacy McKee and directed by Paris Barclay.

“Invisible To Me” was written by Stacy McKee and directed by Paris Barclay.