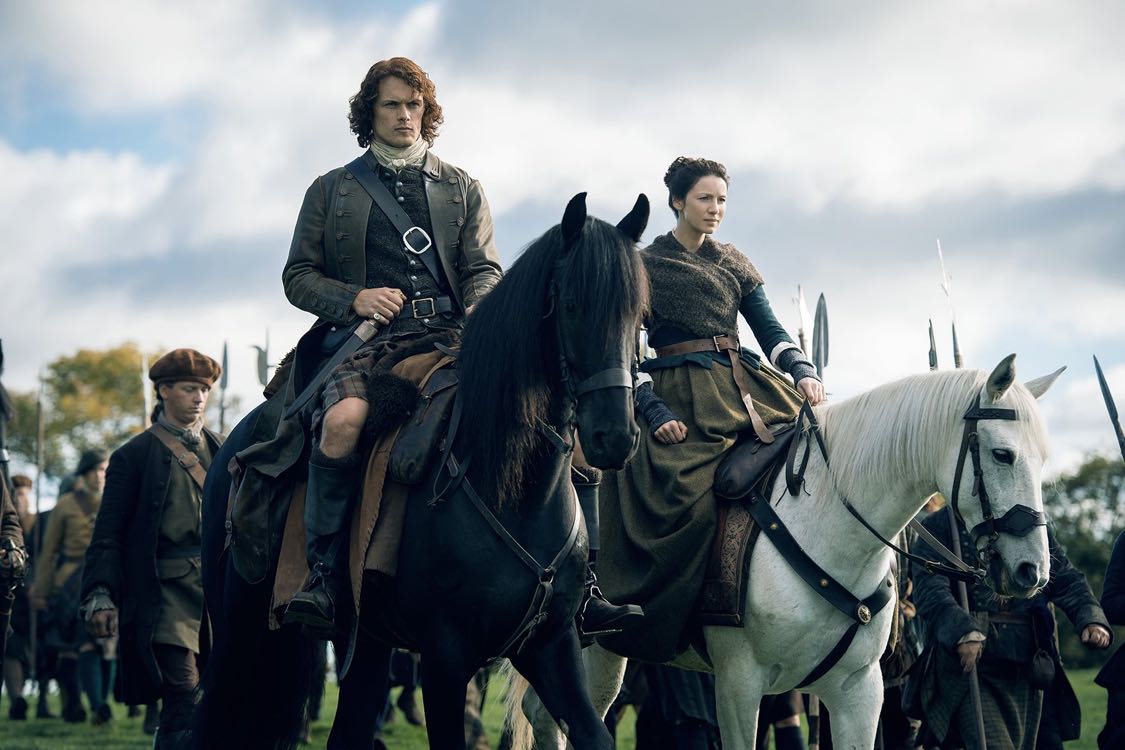 Starz announces the official panel presentation for its Original Series “Outlander” season 3 – moderated by actress and dancer Jenna Dewan Tatum – to take place on Friday, July 21st at 5:00 PM at Comic-Con International: San Diego 2017. The “Outlander” cast will also participate in an autograph signing session at the Starz booth.

The autograph signing session will take place in the Starz booth #4029 on Saturday, July 22nd (time TBA). Fans who visit the Starz booth on Thursday and Friday can enter a raffle for a chance to win a spot at the Saturday signing.

PLEASE NOTE: Cast and producers scheduled to attend are subject to change.

Jenna Dewan Tatum has quickly amassed an impressive resume of diverse television and film roles, and continues to create a notable impression as one of Hollywood’s most sought after actresses.

Jenna most recently can be seen on NBC’s new non-scripted competition show, “World of Dance,” which has just been picked up for a second season. Jenna serves as a host alongside judges Jennifer Lopez, Derek Hough and Ne-Yo. Noted as one of the most accomplished dancers of her generation, Jenna will provide incredible insight for the unparalleled dance competition that will feature solo artist competing against duos and crews in all genres of dance, including hip hop, krumping, popping, locking, tap, ballet, break dancing, ballroom, clogging, stomping and so much more.

Jenna first captivated audiences on screen as the lead in the hit Disney film, Step Up opposite Channing Tatum, showcasing her incredible talent not only as an actress but as a dancer. She went on star in as one of the leads in the Lionsgate film Setup opposite Bruce Willis and 50 Cent and the Anchor Bay film 10 Years, which premiered at the Toronto Film Festival in 2011, with an ensemble cast that included Anthony Mackie, Justin Long and Kate Mara. Her other film credits include American Virgin, The Six Wives of Henry Lefay with Tim Allen, New Line Cinema’s Take the Lead opposite Antonio Banderas and The Legend of Hell’s Gate.

Initially discovered by a dance agent, Jenna began her career touring alongside some of the music industry’s most highly successful entertainers such as Janet Jackson, Missy Elliot and Ricky Martin.

In addition to a thriving acting and dancing career, Jenna recently launched her own production company PURPLE CUP. She previously joined forces with close friends and husband Channing Tatum to start their first production company, 33andOut Productions which has produced the films 22 Jump Street, 10 Years and the documentary Earth Made of Glass that follows Rwandan President Paul Kagame and genocide survivor Jean-Pierre Sagahutu. The film premiered at the 2010 Tribeca Film Festival.

In the fall of 2016, Jenna was named the newest brand ambassador for the active wear brand Danksin.

Jenna is also an advocate of animals’ rights, supporting the efforts of numerous philanthropic organizations including PETA and Southern California’s The Gentle Barn.

She currently resides in Los Angeles.

Diana Gabaldon’s eight-book series has sold more than 26 million copies worldwide and all eight books in the series have graced the New York Times best-sellers list. The “Outlander” series spans the genres of romance, science fiction, history and adventure in one grandiose tale.