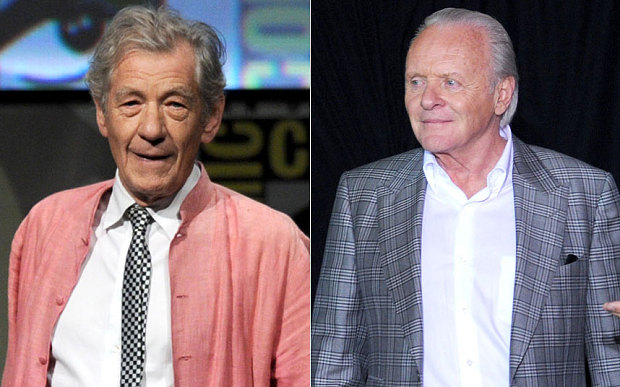 Starz, in partnership with the BBC, will produce and air the television adaptation of Ronald Harwood’s classic play “The Dresser,” set against the backdrop of World War II and inspired by Harwood’s own experiences as a dresser for the distinguished British actor/manager Sir Donald Wolfit. The movie for television will be directed by Richard Eyre, and stars Anthony Hopkins (Noah, Thor, Silence of the Lambs) as “Sir” and Ian McKellen (The Hobbit franchise, X-Men franchise, Lord of the Rings franchise) as his dresser “Norman.”  “The Dresser” represents the first time Hopkins and McKellen have worked together. It is executive produced by Colin Callender of Playground Entertainment, Sonia Friedman for Sonia Friedman Productions, Polly Hilly, BBC Head of Independent Drama and Ben Stephenson, Controller BBC Drama Commissioning. “The Dresser” was commissioned by Stephenson on behalf of BBC Drama and BBC Arts and will air on BBC Two in the UK and STARZ in the U.S.

Carmi Zlotnik, Managing Director of Starz, said, “‘The Dresser’ is a timeless and poignant story about the relationship between artists, and to have this classic play brought to life on-screen by such acting giants as Anthony Hopkins and Ian McKellen is thrilling. We are glad to be working in partnership again with the BBC and Colin Callender on this very special project, and to be establishing a relationship with acclaimed theatre producer Sonia Friedman.”

“This production is a testament to the commitment of the BBC and Starz to bring quality drama to the screen,” Executive Producer Colin Callender said. “It is also a testament to Ronald Harwood’s glorious writing that we have been able to bring together such a wonderful creative team from the worlds of film, television and the theatre.”

“The Dresser” will begin production in London in 2015. Starz retains all US multiplatform pay TV rights as well as worldwide multiplatform distribution rights to “The Dresser.” BBC retains UK television rights.

Anthony Hopkins
Hopkins made his first film for television, A Flea in Her Ear in 1967 and continued to enjoy a successful career in cinema and television. In 1968, he worked on The Lion in Winter (1968) with Timothy Dalton. Many successes came later, and Hopkins’ remarkable acting style reached the four corners of the world. In 1977, he appeared in two major films: A Bridge Too Far (1977) with James Caan, Gene Hackman, Sean Connery, Michael Caine, Elliott Gould and Laurence Olivier, and Maximilian Schell. In 1980, he worked on The Elephant Man (1980). Two good television literature adaptations followed: “Othello” (1981) and “The Hunchback of Notre Dame” (1982). In 1987 he was awarded with the Commander of the order of the British Empire. In 1993, he was knighted.

Ian McKellen
McKellen has been honored with over 50 international acting awards for his work on stage and screen.

He is beloved by fans worldwide as Magneto in “X-Men” and Gandalf in “The Lord of the Rings” and “The Hobbit” trilogies. His first Academy Award® Best Actor nomination was for Bill Condon’s 1998 classic “Gods and Monsters.”