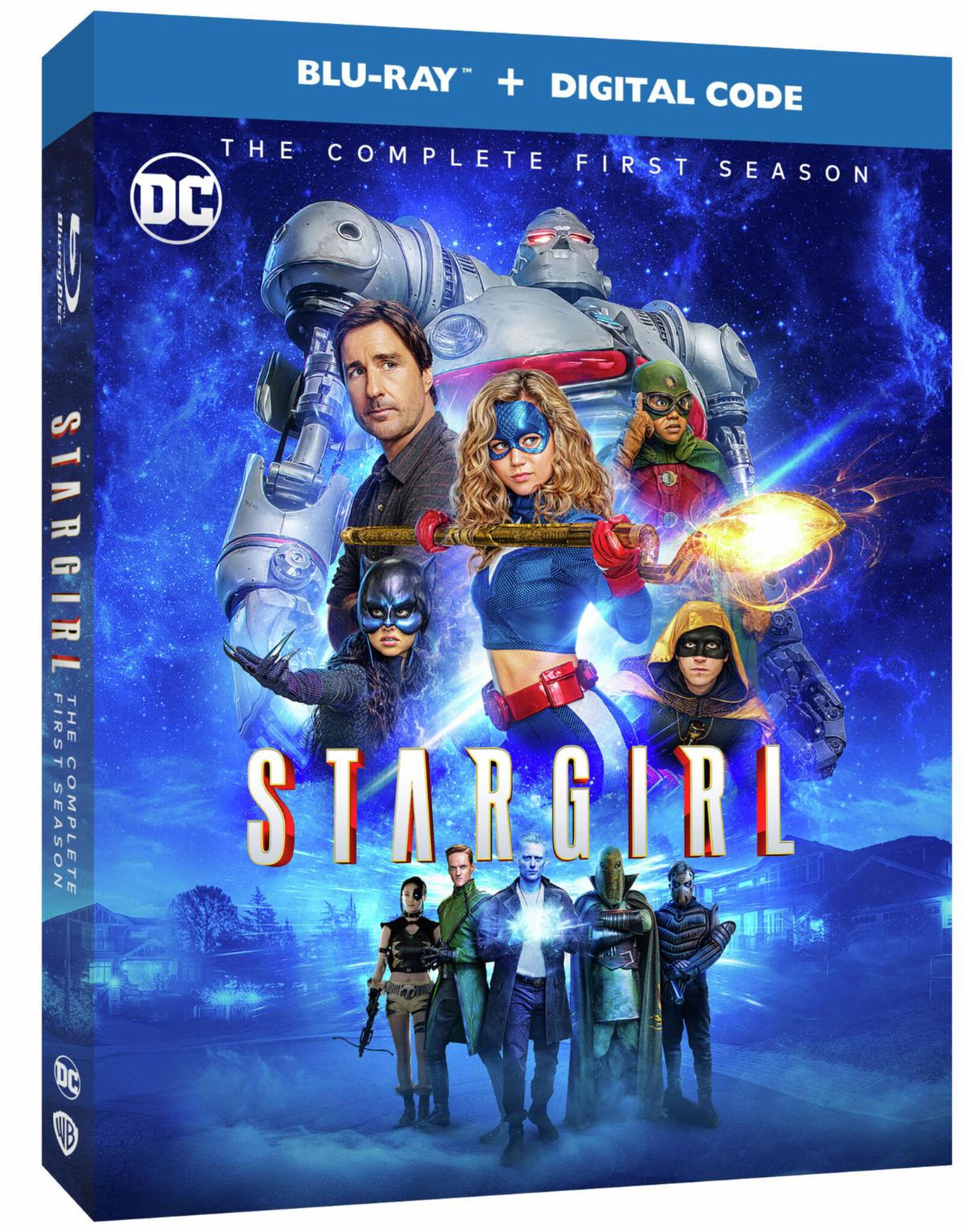 Focusing on the character that started creator Geoff Johns’ career in comic books, when he created her, lovingly inspired by his late sister who was killed in a plane explosion, new DC drama series, DC’s Stargirl follows high school sophomore Courtney Whitmore (Brec Bassinger) as she inspires an unlikely group of young heroes to take up the legacy of a long-lost Super Hero team – The Justice Society of America – and stop the Super-Villains of the past.

“There is nothing like watching a Super Hero suit-up for the first time,” said Rosemary Markson, WBHEG Senior Vice President, TV Marketing. “In only its first season, the critically acclaimed series continues to gain momentum, and we are eager to make this outstanding series available on all formats – Digital, Blu-ray and DVD – for fans and newcomers to enjoy.”

With Blu-ray’s unsurpassed picture and sound, DC’s Stargirl: The Complete First Season Blu-ray release will include 1080p Full HD Video with DTS-HD Master Audio for English 5.1. Featuring all 13 episodes from the first season in high definition, as well as a digital code of the season (available in the U.S. only).

DIGITAL
DC’s Stargirl: The Complete First Season is currently available to own on Digital. Digital allows consumers to instantly stream and download all episodes to watch anywhere and anytime on their favorite devices. Digital is available from various retailers including iTunes, Amazon Video, Google Play, Vudu, PlayStation, Xbox and others. A Digital Code is also included in the U.S. with the purchase of specially marked Blu-ray discs for redemption and cloud storage.

About DC
DC is one of the largest English-language publishers of comics and graphic novels in the world and home to some of the most iconic and recognizable characters ever created. As a creative unit of WarnerMedia, DC is charged with strategically integrating its stories and characters across film, television, consumer products, home entertainment, interactive games and the DC Universe digital subscription service. For more information visit dccomics.com.

DC’s STARGIRL and all related characters and elements are trademarks of and © DC Comics.