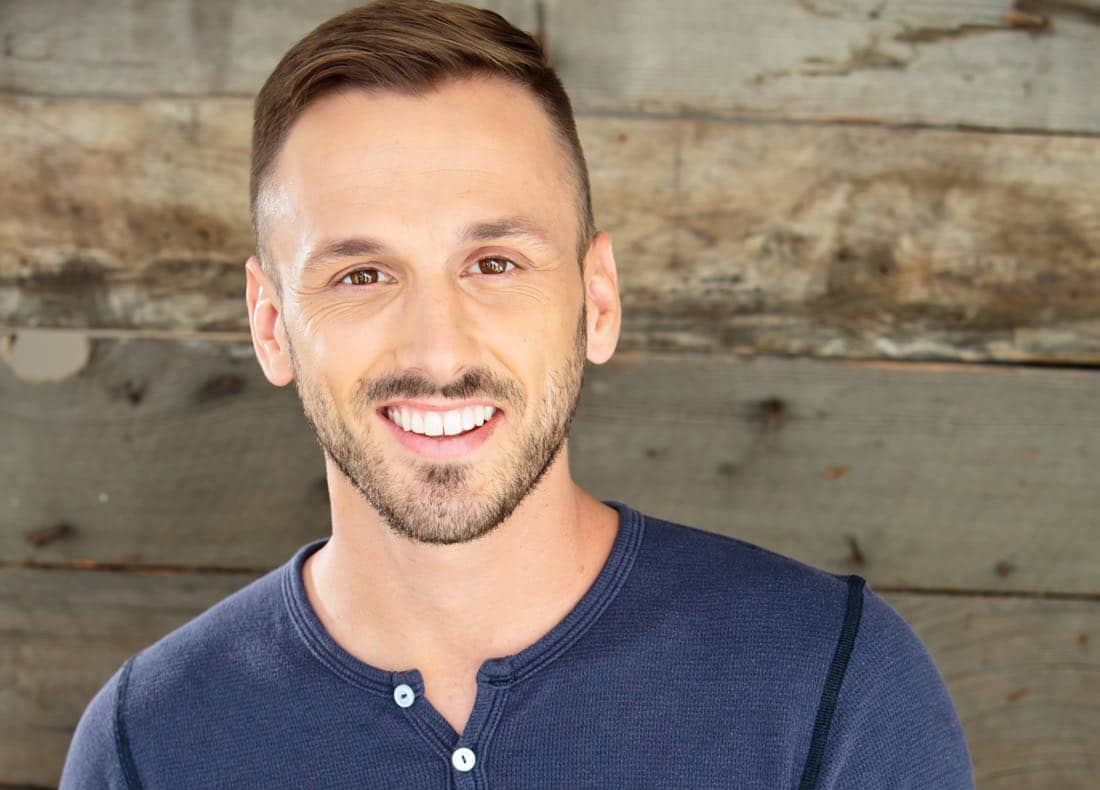 In animated television shows, much of the human essence of the characters is felt through the voice actors who bring the characters to life, and fans adore the characters because they hear a a voice that makes them feel closer to the characters. Bringing his tremendous vocal talent to Disney XD’s STAR VS. THE FORCES OF EVIL, Adam McArthur happily lends his voice to the character of Marco, a young teen who goes on extraordinary adventures with his best friend Star, who just happens to be a princess from another dimension. In an exclusive interview, Adam shares what he loves about working on STAR VS. THE FORCES OF EVIL and how he continues to grow as an actor through his voice performances.

What initially appealed to you about becoming a voice actor?
ADAM: You know, I’ve always loved cartoons! I knew from a very early age that I wanted to do voices. Back then I think it just sounded like something that would be fun. But now, I love it because I get to connect with fans at an early age, and we all get to grow up (for me, all over again) together. So many cartoons impacted my life when I was a kid, so it’s super cool I get to do the same for the next generations!

How would you describe what it is like to be a voice actor?
ADAM: I get asked this all the time! My favorite answer is, I get paid to do what I used to get in trouble for all the time in Junior High! It’s like showing up for work, and the only job on your to-do list is have fun.

You are in high demand from the looks of all your current projects, including working on Disney XD’s STAR VS. THE FORCES OF EVIL as the character Marco Diaz. What appealed to you about this character and this project?
ADAM: Oh, man. STAR VS. THE FORCES OF EVIL is such an amazing show!! We’re in this era of cartoons where we’re finally getting in depth plot lines and super well-developed characters. Everything from the uniqueness of the project to the animation style made it appealing to me. And for Marco specifically, I’ve never felt SO connected to a character. We have so much in common, so it’s fun to get to play as him in this crazy universe.

You also work with Eden Sher from THE MIDDLE on the show. What is that experience like?
ADAM: She’s the absolute best. We have so much fun together. Most of our episodes are actually recorded separately, so whenever we get a chance to hang out or work together there’s always SO much laughing.
The show also boasts voice work by Jeffrey Tambor and Jenny Slate.

Do you get to work with them as well or are you like ships passing in the night on this kind of project?
ADAM: Sadly, for many of the actors we’re like ships passing in the night. Although, I’ve had some fun run-ins! Alan Tudyk, who voices Ludo and King Butterfly, and I have run into each other a few times in passing, and we always geek out about our favorite episodes. I met Nia Vardalos, who voices Mrs. Diaz, very early on as well, and I want her to be my real-life mom. She’s so sweet! Jon Heder, who voices Oskar, is the nicest guy ever. His kids are big fans of the show, so it’s always great seeing him and his family.

You have had the good fortune to work on a number of Emmy award winning series, including Star Wars: THE CLONE WARS and THE ADVENTURES OF PUSS IN BOOTS. Do you have an instinct about shows that will succeed and capture the zeitgeist, or is that pure luck?
ADAM: Oh man, I take zero credit for the success of all these shows! Animation is such a collaborative effort, and there are SO many moving parts. I think with anything, you just need to create something you love and not worry about what people will think of it. Of course, it’s nice to have people love your show or your character, but if that’s what you’re aiming for, I think you’ll miss.

Who did you enjoy working with on those projects?
ADAM: All of those projects have amazing cast, crew, casting departments, and directors. Dave Filoni, the director of CLONE WARS, was amazing. Mikey Kelly, Robbie Rist, and Greg Cipes on PUSS IN BOOTS were great. And literally everyone on STAR VS. THE FORCES OF EVIL is my favorite human being.

What would you say is the trick to successfully landing a voice actor role?
ADAM: I could be totally wrong about this, but I truly believe it’s about consistency, patience, and sticking with it. Be good for long enough that someone notices and gives you a chance.

Any favorite projects that you have gotten to work on?
ADAM: STAR VS. THE FORCES OF EVIL is my #1. Besides that, I loved the character arc I had on CLONE WARS. It was nice guesting on such a popular show and having an impactful story line.

What has been one thing you haven taken away from each of your current projects?
ADAM: To have fun and enjoy the moment and all the fun opportunities that come along with being on such a great show! Everything from the events, to the sessions, to the interaction with the fans. I take away a huge sense of gratitude 🙂

What has been the biggest challenge working as a voice actor?
ADAM: It’s hard to say that anything has been a ‘challenge’ because I love it all so much. Of course, sometimes it’s difficult or you miss out on a big opportunity or role, but to me, that’s all part for the course. I know what I signed up for when I chose this as my career. I’m a pretty optimistic guy who’s not afraid to work hard and pay his dues.

Then what has surprised you most about your career so far?
ADAM: I think I’m most surprised by the amount of love I get from fans. It’s still mind blowing to think there are people all over the world who know me and appreciate my work. It’s humbling and super cool!

At this stage of your career, what do you think you have learned from the amazing variety of roles and projects you have worked on?
ADAM: To not give up! And have fun! Connect with people, and be grateful.

Then what are the perks of where you are in your career right now?
ADAM: There are so many perks! Fan love, going to conventions, doing voices on a cartoon! It’s literally all a perk to me!

If there were one role you would like to revisit, which would it be and why?
ADAM: Michelangelo from the Ninja Turtles is #1 on my voice acting bucket list! The original show had such an impact on me as a kid, I would LOVE to get the opportunity to voice him.

Do any of your characters and the situations they find themselves in ever leave a lasting impression on you?
ADAM: Yes! Definitely. Marco especially. He’s got such heart and really cares for those around him. I grew up with two girl best friends, and seeing Marco’s relationship with Star reminds me so much of my childhood. It’s a nostalgic feeling that’ll definitely stick with me!

Has there been any great advice you have gotten? What advice would you offer to other upcoming and aspiring voice actors?
ADAM: A long time ago my martial arts instructor who knew I wanted to be an actor told me, “Someone has to book those roles. There’s no reason it can’t be you. Go do it.” It’s kinda simple really. Just do the thing. It always stuck with me. I would tell anyone interested in beginning a voice acting career to check out a website called iwanttobeavoiceactor.com. It was created by the amazingly talented Dee Bradley Baker and has TONS of info about anything and everything voice acting career related. Read everything!

Do you have any other upcoming projects that you can share that fans should keep an eye out for?
ADAM: New episodes of STAR VS. THE FORCES OF EVIL are coming, and I’ll be voicing some characters in the new Far Cry 5. And, of course there’s a whole laundry list of things I’m not yet able to talk about. But, stay tuned! Fun stuff coming.

To hear more of Adam’s incredible work, you can tune in for all new episodes of STAR VS. THE FORCES OF EVIL, currently airing Season 3 on Disney XD. To follow Adam in his current and future projects, be sure to follow him on Twitter @_AdamM and on Instagram: @ninjamac for updates and the inside scoop on his career.