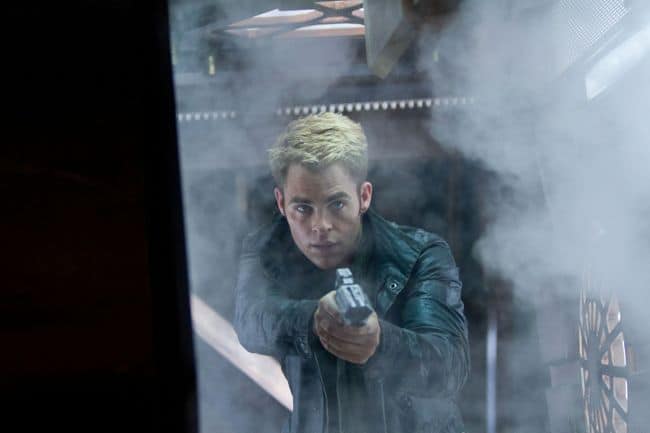 IMAX Corporation (NYSE: IMAX; TSX: IMX) and Paramount Pictures, a division of Viacom, Inc. (NASDAQ: VIAB), today announced that fans across North America will be able to experience the upcoming motion picture event Star Trek Into Darkness exclusively in IMAX® 3D beginning at 8:00 p.m. on Wednesday, May 15 – two days in advance of the wide release on May 17. Tickets for the first shows can now be accessed exclusively via the new Star Trek Into Darkness app from the App Store and Google Play.

“As we saw with the reaction to the first nine minutes of the film, which debuted in our theatres in December, fans are clearly excited by the opportunity to see this epic film come to life in IMAX,” said Greg Foster , Chairman and President of IMAX Entertainment. “We’re thrilled to work with our long-standing partners at Bad Robot and Paramount Pictures to offer audiences an opportunity to see J.J. Abrams ‘ masterful interpretation two days early in the world’s most immersive format – IMAX 3D.”

The IMAX release of Star Trek Into Darkness will feature approximately 30 minutes of footage filmed with the extremely high-resolution IMAX® cameras. These specific sequences, which will expand to fill more of the screen exclusively in IMAX, will deliver unprecedented crispness and clarity and a truly immersive experience for moviegoers.

“STAR TREK INTO DARKNESS” is written by Roberto Orci & Alex Kurtzman & Damon Lindelof and directed by J.J. Abrams .  Abrams is producing with Bryan Burk through Bad Robot Productions, along with Lindelof, Kurtzman and Orci.  Jeffrey Chernov and Skydance Productions’ David Ellison , Dana Goldberg and Paul Schwake are the executive producers.

“STAR TREK INTO DARKNESS” opens in theaters everywhere May 17th, 2013.