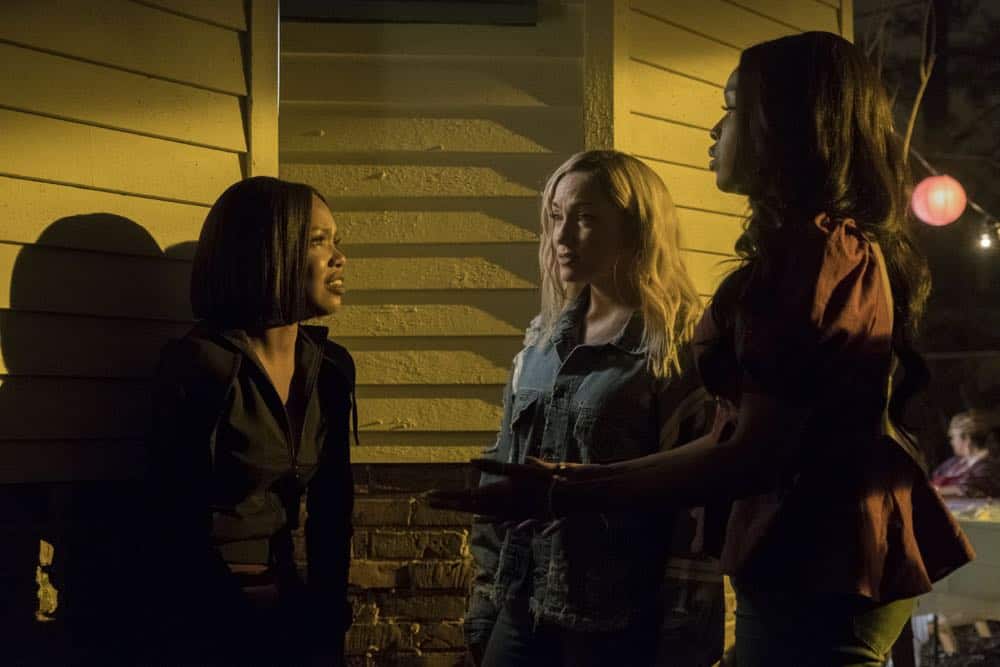 Major competition ensues between Midtown Sound artists Take 3 and Noah Brooks when they fight for a coveted track produced by one of the industry’s hottest producers. Blasts from the past are in full effect when Paola (guest star Alani “La La” Anthony) and Jahil explore their complicated history, Noah and Alex revisit their time together and Derek invites a date to the salon’s reopening celebration in the all-new “Forward (E)Motion” episode of STAR airing Wednesday, April 18 (9:00-10:00 PM ET/PT) on FOX. (LDS-213) (TV-14, D, L, S, V) STAR Season 2 Episode 13 Photos Forward (E)Motion.

The story of three girls’ rise to fame, STAR’s first season ended on the heels of a victory, as the singing trio caught its first big break – winning Atlanta NextFest. Heading into Season Two, one thing is clear: their lives will never be the same. It’s a whole new world for the girls, as STAR (Jude Demorest), ALEXANDRA (Ryan Destiny) and SIMONE (Brittany O’Grady) prepare for their next career move, with help and guidance from CARLOTTA (Queen Latifah), the group’s new manager. Having entered into a deal with Midtown Sound, the girls and Carlotta must contend with R&B crooner NOAH BROOKS (Luke James) and other artists to fight for the attention of the new label president, AYANNA FLOYD (Michael Michele), a powerful Machiavellian corporate operator with her own agenda for the girls’ future.