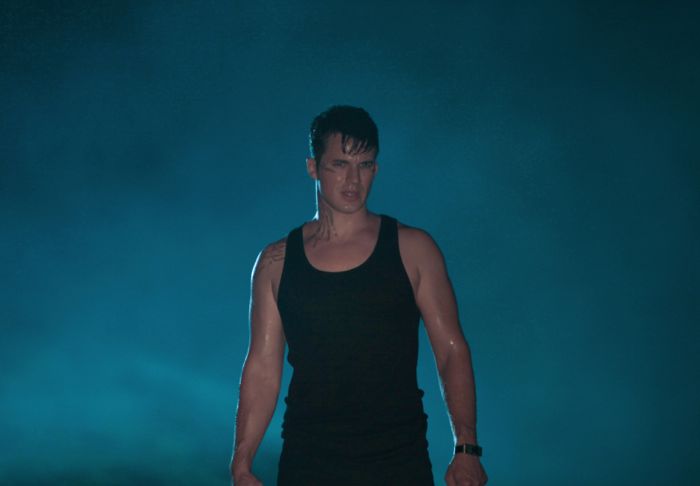 STAR-CROSSED Episode 1.6 Photos Stabbed with a White Wench’s Black : THE ATRIANS MAKE A MOVE AGAINST THE RED HAWKS — When Emery (Aimee Teegarden) is confronted by a tabloid photographer (guest star Jabari Thomas) with video of her talking about cyper, she enlists Julia’s (Malese Jow) help to find a replacement story for him.  Meanwhile, Drake (Greg Finely) tells Roman (Matt Lanter) that Grayson’s (Grey Damon) parents are the leaders of the Red Hawks.  When Grayson’s parents throw a big charity ball at their house, Drake makes plans to go, at Vega’s request, to undertake an important mission.  Roman goes to the party to make sure Drake stays out of trouble, but gets caught in the middle of a kidnapping scheme.  Oz Scott directed the episode written by Yolanda E. Lawrence (#106).