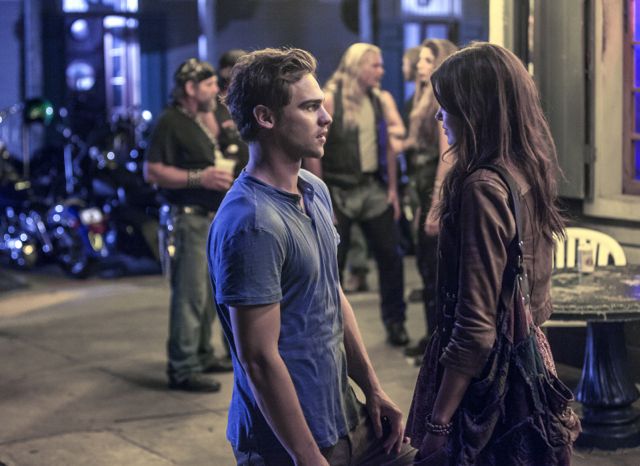 STAR-CROSSED Episode 1.5 Photos Dreamers Often Lie : A NIGHT OUT ON THE TOWN — When Gloria (guest star Victoria Platt) tells the Atrian Seven they are allowed to spend some time outside their sector, Roman (Matt Lanter) sees it as an opportunity to further investigate his father’s mysterious past and makes a stunning discovery.  Emery (Aimee Teegarden) and Grayson (Grey Damon) go out on a date, but their night is ruined after Eric (guest star Jesse Luken) calls Grayson for help and ends up putting everyone in danger.  Drake (Greg Finley) mistakes Taylor (Natalie Hall) for an undercover Trag, and Lukas (Titus Makin, Jr.) makes his move on Sophia (Brina Palencia).  Meanwhile, Teri (Chelsea Gilligan) tries to take over Drake’s mission.  Michael Pressman directed the episode written by Marc Halsey (#105).

HOW I MET YOUR MOTHER Episode 9.20 Photos Daisy