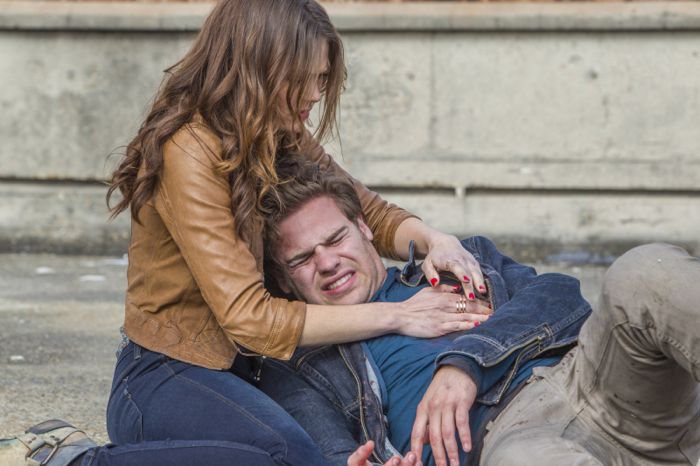 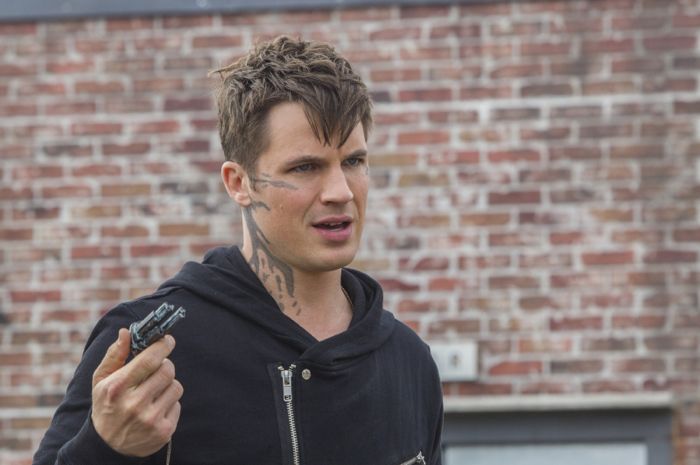 STAR-CROSSED Episode 1.13 Photos Passion Lends Them Power : THE SUVEK IS ACTIVATED — After Roman (Matt Lanter) is badly hurt, Emery (Aimee Teegarden) turns to an unexpected ally for help.  Meanwhile, Grayson (Grey Damon), Drake (Greg Finley), Sophia (Brina Palencia) and Lukas (Titus Makin Jr.) race to find the stolen Suvek before the Trags can activate it.  However, Vega (guest star Merle Dandridge) is a step ahead of them and sets off the Suvek in the middle of a Marti Gras parade.  Teri (Chelsea Gilligan) is shocked when she overhears Vega ordering the death of her friends.  Gloria discovers Taylor’s (Natalie Hall) secret and shares one of her own.  Ed Omelas directed the episode written by Meredith Averill & Adele Lim (#113).