Home TV STAR-CROSSED Episode 1.09 Photos Some Consequence Yet Hanging in the Stars 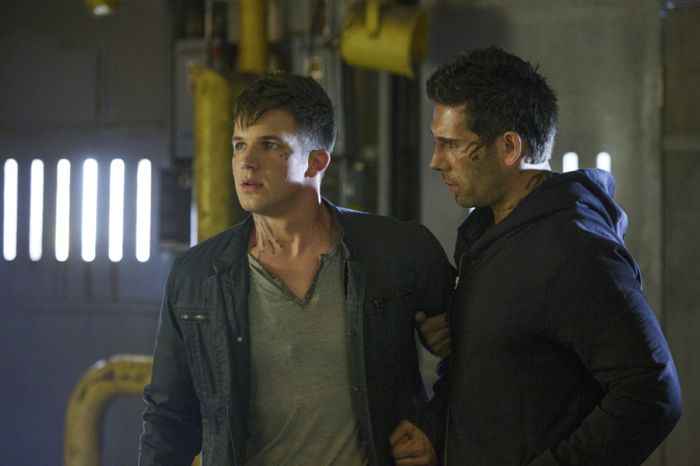 STAR-CROSSED Episode 1.09 Photos Some Consequence Yet Hanging in the Stars : ROMAN CONFRONTS CASTOR WITH HIS SUSPICIONS — Roman (Matt Lanter) argues with Emery (Aimee Teegarden) about whether he can trust his uncle Castor (Johnathon Schaech).  However, when Roman asks his uncle about the day their spaceship crashed, Castor’s reaction is far from what he expected.  Meanwhile, Grayson (Grey Damon) tries to remember what happened the night he blacked out, and Taylor (Natalie Hall) throws a “meteor shower” party to spend more time with Drake (Greg Finley).  Still unable to deny her feelings for Roman, Teri makes a decision that puts her in grave danger.  Zetna Fuentes directed the episode written by Samantha Stratton (#109).