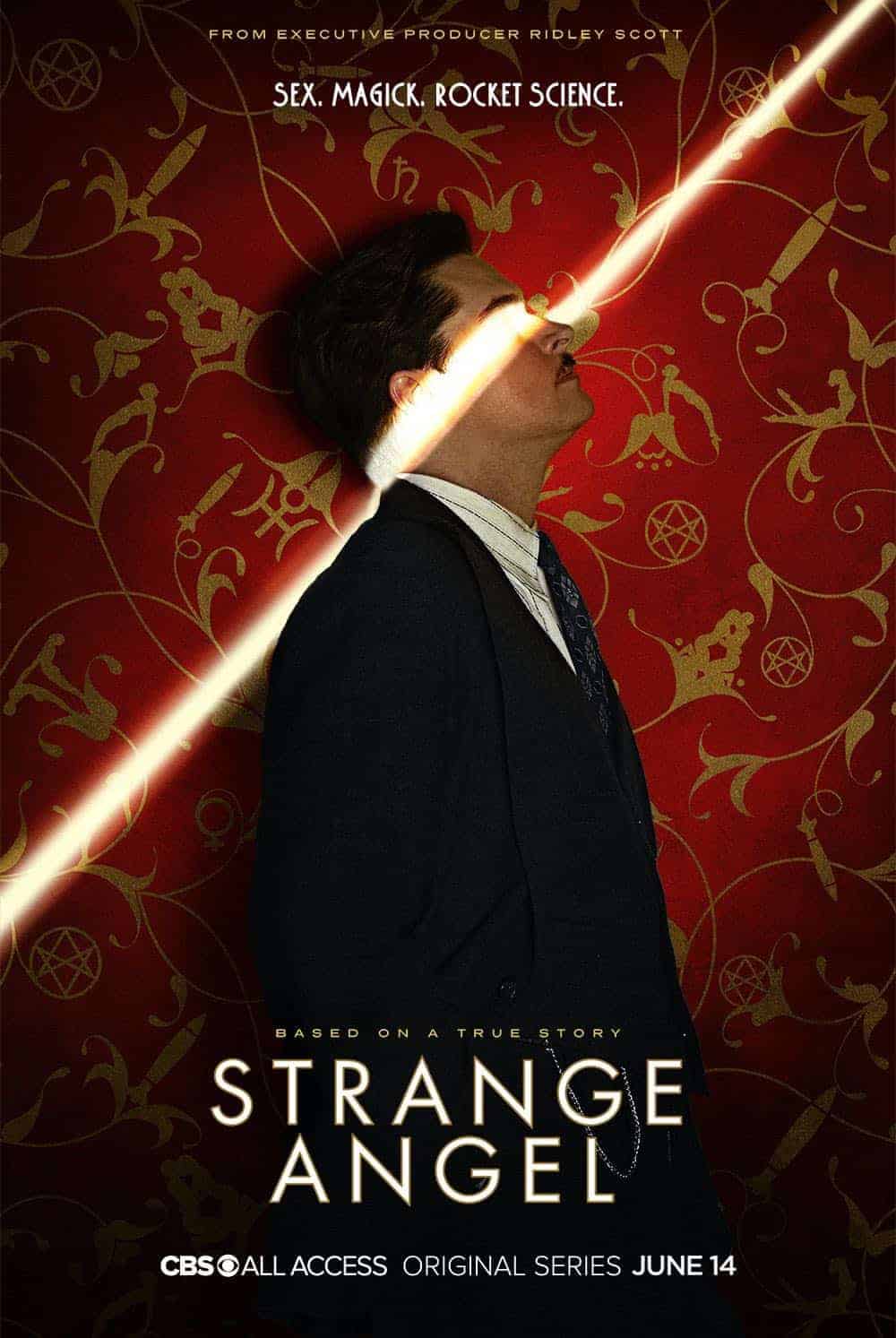 STRANGE ANGEL, a drama series created by Mark Heyman (“Black Swan,” “The Skeleton Twins”) and based on George Pendle’s book of the same name, is inspired by the real life story of Jack Parsons and explores the dramatic intersection between genius and madness, science and science fiction.

Jack Parsons (Jack Reynor), a brilliant and ambitious blue-collar worker in 1930s Los Angeles, works as a janitor at a chemical factory but dreams of building rockets that will take mankind to the moon. As he helps pioneer the unknown discipline of rocket science by day, by night, Parsons is pulled into a new occult religion created by Aleister Crowley, performing sex magick rituals to bend the world to his will and make his fantastical dreams a reality.

ABOUT CBS ALL ACCESS
CBS All Access is CBS’ digital subscription video on-demand and live streaming service. In addition to its original series, which includes STAR TREK: DISCOVERY, comedy series NO ACTIVITY and the new edition of “The Good Wife,” THE GOOD FIGHT, CBS All Access gives CBS fans the ability to watch more than 10,000 episodes on demand – spanning current shows from primetime, daytime and late night, as well as past seasons of select series and classic TV hits – and stream their local CBS station live. CBS All Access is currently available online at CBS.com, on mobile devices via the CBS App for iOS, Android and Windows 10, and on Roku Players, Apple TV, Chromecast, Android TV, Xbox One, PlayStation 4, Fire TV, Samsung Smart TVs and Amazon Channels. For more details on CBS All Access, please visit: https://www.cbs.com/all-access/.