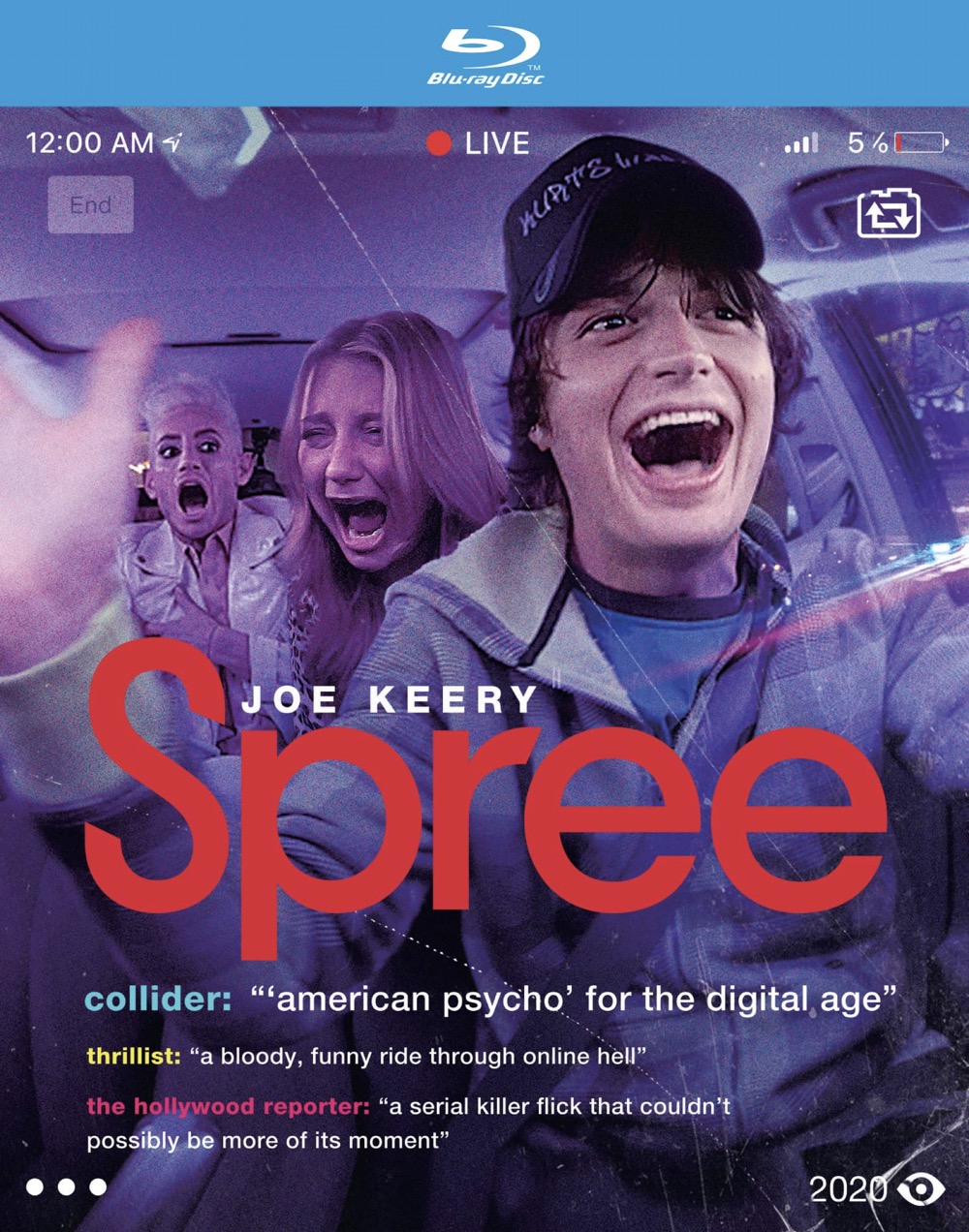 RLJE Films, a business unit of AMC Networks, will release the thriller SPREE on October 20, 2020 on DVD and Blu-ray.

In SPREE, Kurt (Joe Keery) is a 23-year-old rideshare driver for Spree, who is so desperate for social media attention that he’ll stop at nothing to go viral. He comes up with a plan to livestream a rampage as a shortcut to infamy – coining his evil scheme “#thelesson”, he installs a set of cameras in his car and begins streaming his rides. Wildly miscalculating the popularity that would come from his lethal scheme, Kurt’s desperation grows as he tries to find a way to overcome the plan’s flaws. In the middle of all this madness, a stand-up comedian (Sasheer Zamata) with her own viral agenda crosses Kurt’s path and becomes the only hope to put a stop to his misguided carnage. 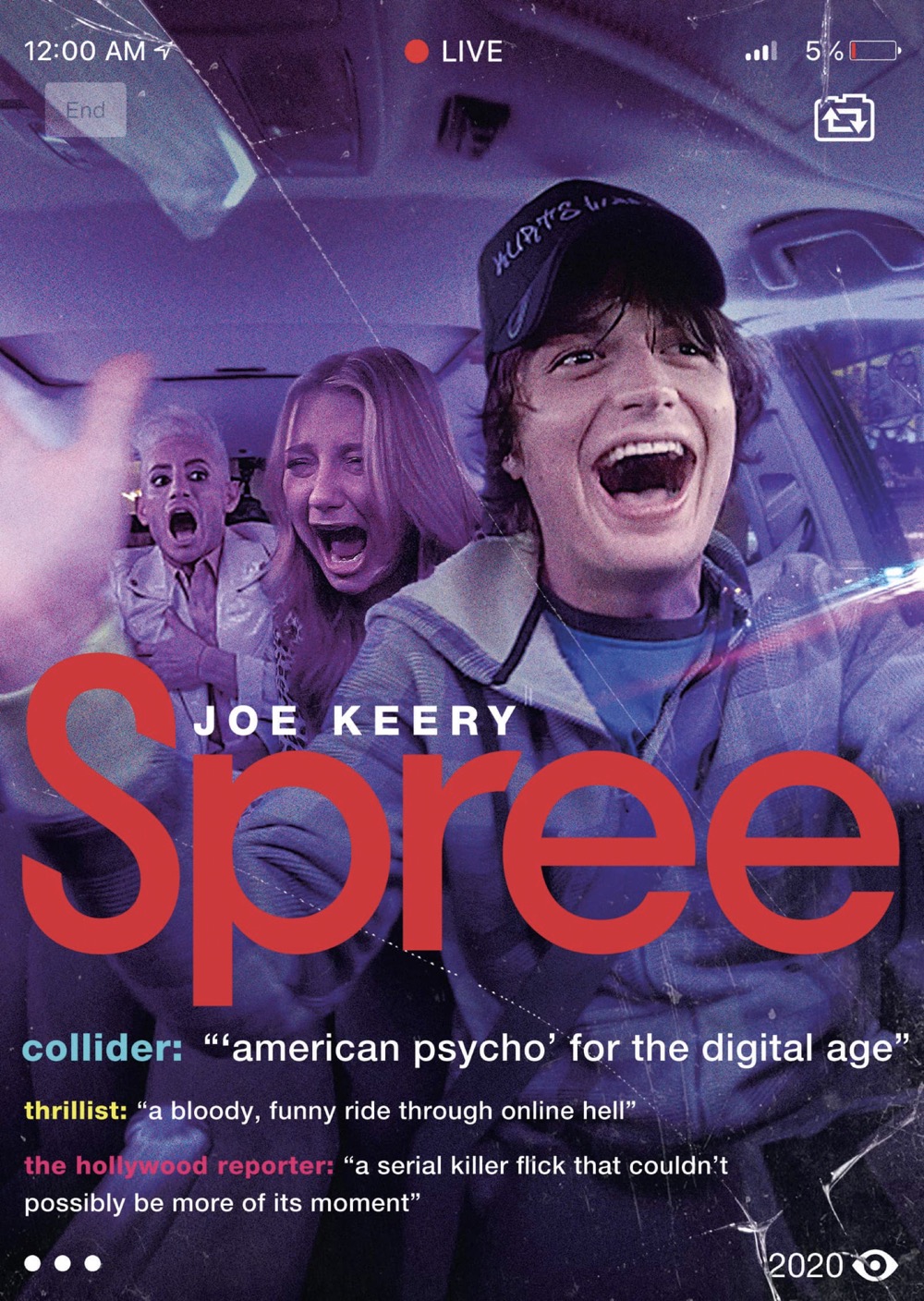