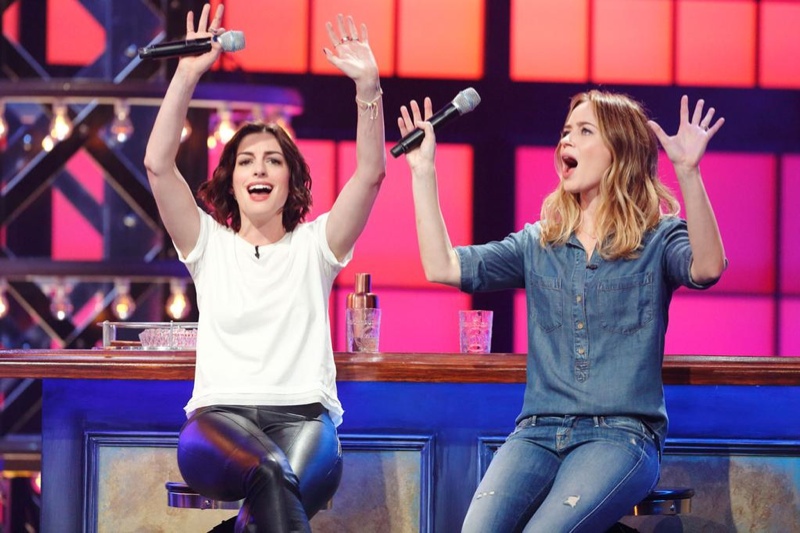 Spike’s multiplatform megastar, “Lip Sync Battle,” has been renewed for a third season consisting of 20 half-hour episodes, it was announced today by Kevin Kay, Spike President.

“Lip Sync Battle is a multiplatform pop-culture phenomenon that has played an integral role in delivering a new and broader audience to Spike,” said Kevin Kay, Spike President.

The new season will tape later this year. A premiere date for season three will be announced in the near future.

“Lip Sync Battle” is the most-watched original series in Spike’s history and continually delivers a big and broad audience to the channel. Season two launched on January 7 and through the first two episodes, “Lip Sync Battle” is averaging 4.4 million viewers and is the top-ranked series in its timeslot with a 3.1 rating in the coveted demographic of Adults 18-49 in all of television.

The series is a digital hit as well, amassing over half a billion video streams since launch last April, with over 50 million alone for the season 2 premiere featuring Channing Tatum vs. Jenna Dewan-Tatum with special appearances by Beyoncé and Paula Abdul.

“Lip Sync Battle” is hosted by music legend LL Cool J with Chrissy Teigen serving as the colorful commentator. LL COOL J will be honored this week with a star on the Hollywood Walk of Fame.

“Lip Sync Battle” can be seen in over 130 countries and territories worldwide. The UK version launched January 9 on Viacom’s Channel 5 and was the top-rated show in the 16-34 demographic in the time period.

The critically-acclaimed and award-nominated “Lip Sync Battle” features celebrities going head to head – lip-syncing the song of their choice – battling for the coolest bragging rights on the planet. The series is a ratings and multiplatform superstar for Spike and is the most-watched original series in network history. “Lip Sync Battle” is executive produced by Casey Patterson of Casey Patterson Entertainment, Jay Peterson of Matador Content, John Krasinski, Stephen Merchant and 8 Million Plus Productions.