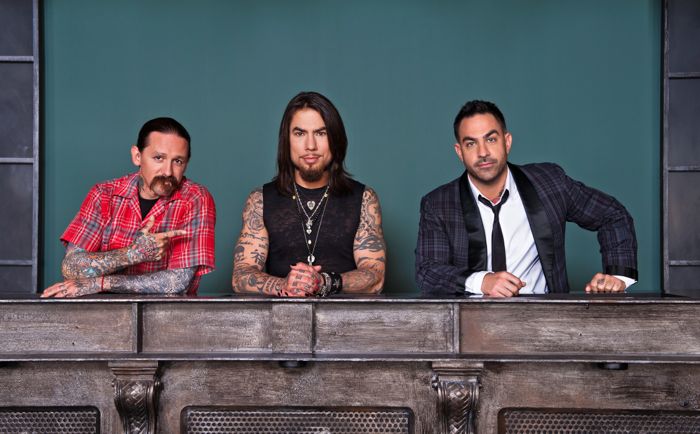 Spike has greenlit a new season of the highly rated hit original tattoo-competition series, “Ink Master.” Season 9 will consist of 15 one-hour episodes plus a LIVE finale and will debut in 2017. The announcement was made today by Sharon Levy, executive vice president, original series, Spike.

“Ink Master” is currently in its 7th season and is averaging a robust 1.8 million viewers in its Tuesday timeslot. The Spike original series is delivering triple-digit gains this season in the timeslot for Adults 18-49 (+252%) and Adults 18-34 (+286%) and is ranked #2 on cable with Adults 18-49 and #2 with Women 18-49. “Ink Master” is drawing a 55% female audience, demonstrating the network’s ongoing plan to deliver gender-balanced original hit series.

Season 8 of “Ink Master” will debut this August.

“The Ink Master franchise has been a major driver in Spike’s successful shift to general entertainment,” said Levy. “The continued ratings growth is a result of the creativity and ingenuity of our partners at Original Media and our phenomenal hosting/judging trio of Dave Navarro, Oliver Peck, and Chris Nunez.”

Each week “Ink Master” puts artists through a series of tattoo challenges that not only test the artists’ technical skills, but also their on-the-spot creativity, as they must create and execute an original tattoo on a “human canvas.” Each episode focuses on a different and distinct style of tattooing such as realism, black and gray, and American traditional. The masterpieces the artists create will last a lifetime – and so will their mistakes. After every challenge, the contestants face a tough panel made up of series host Dave Navarro and world renowned tattoo artists Chris Nunez (“Miami Ink”) and Oliver Peck (Elm Street Tattoo).

“Ink Master” is produced for Spike by Original Media (“Swamp People,” “Comic Book Men,” “I Love You… But I Lied”) with Glenda Hersh, Steven Weinstock and Andrea Richter serving as executive producers. Original Media is a subsidiary of Endemol Shine North America.

Original Media is a subsidiary of Endemol Shine North America and is run by Emmy award-winning producers Glenda Hersh and Steven Weinstock. Producing hundreds of hours of programming across unscripted and scripted television, digital media and feature film, Original Media has built a strong reputation for cutting-edge content and quality production. Hit series include “Ink Master” and “Ink Master: Redemption” for Spike, “Swamp People” for History, “Dual Survival” for Discovery, “Comic Book Men” for AMC, and “I Love You… But I Lied” for LMN. Original Media also produced the Academy Award-nominated films “The Squid and the Whale” and “Half Nelson.”