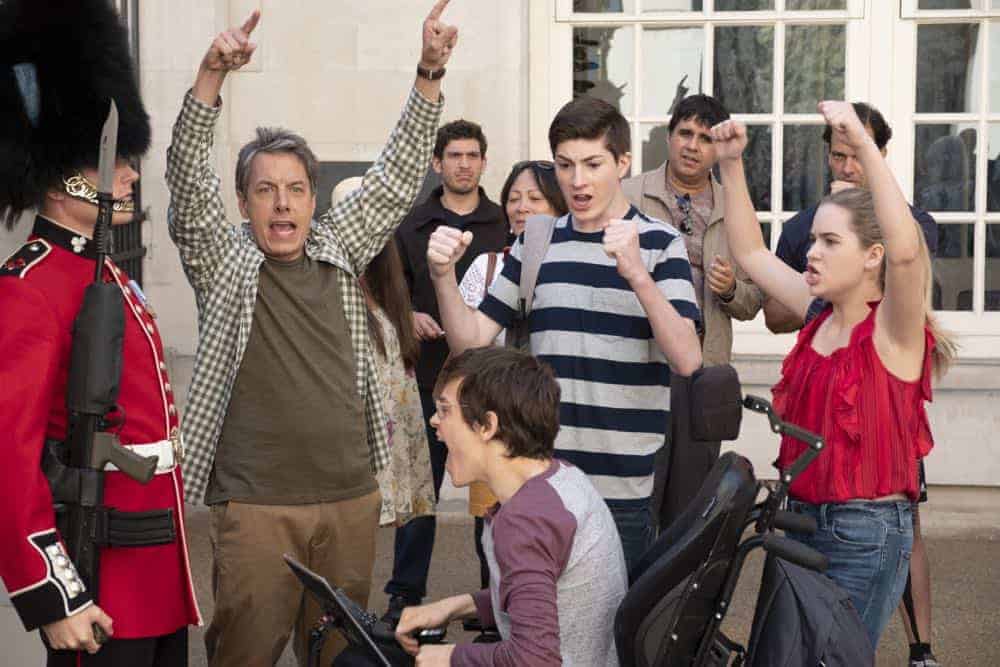 SPEECHLESS Season 3 Episode 1 Photos London Part 1 – “L-O-N– LONDON” (Part 1) – The DiMeos cross the pond so Maya can ask her estranged father, the challenging Martin, for a loan to save their house. Meanwhile, Jimmy puts on his “fun dad” hat to ensure JJ has a great trip, Ray digs deep to summon Californian vibes to endear himself to British girls, and Kenneth reveals a love for all things royal, on the season premiere of “Speechless,” FRIDAY, OCT. 5 (8:30–9:00 p.m. EDT), as part of the new TGIF programming block on The ABC Television Network, streaming and on demand.