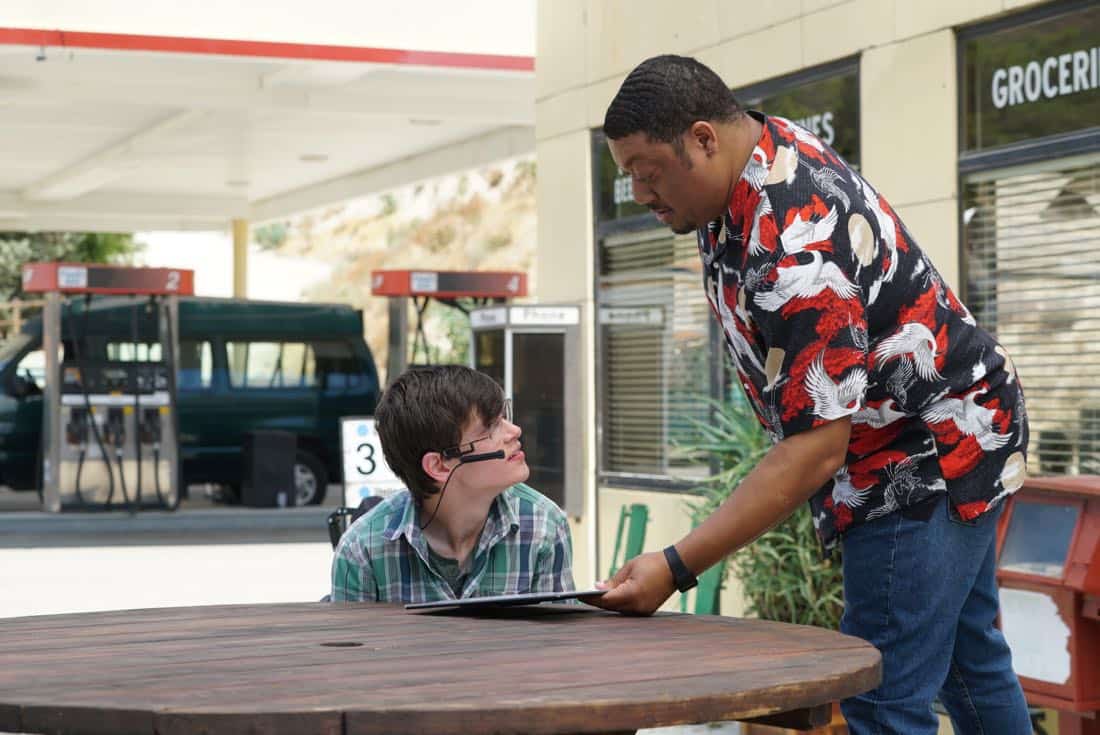 W-E– WE’RE B-A– BACK!” – While JJ was at summer camp, Maya decided it’s time the family no longer use JJ’s disability as an excuse to let their lives fall through the cracks. Maya, Jimmy and Dylan make dramatic changes, but a smug Ray decides he will spend the summer watching his family likely failing at their attempts. When JJ comes home, Kenneth finds a love note in JJ’s luggage from Alexa (guest star Rose Crisman), a girl he met at camp, who wants to give JJ his first kiss. The family chucks their self-improvement projects and hits the road to find Alexa, on the season premiere of “Speechless,” WEDNESDAY, SEPTEMBER 27 (8:30-9:00 p.m. EDT), on The ABC Television Network.

“W-E– WE’RE B-A– BACK!” was written by Scott Silveri and directed by Christine Gernon.