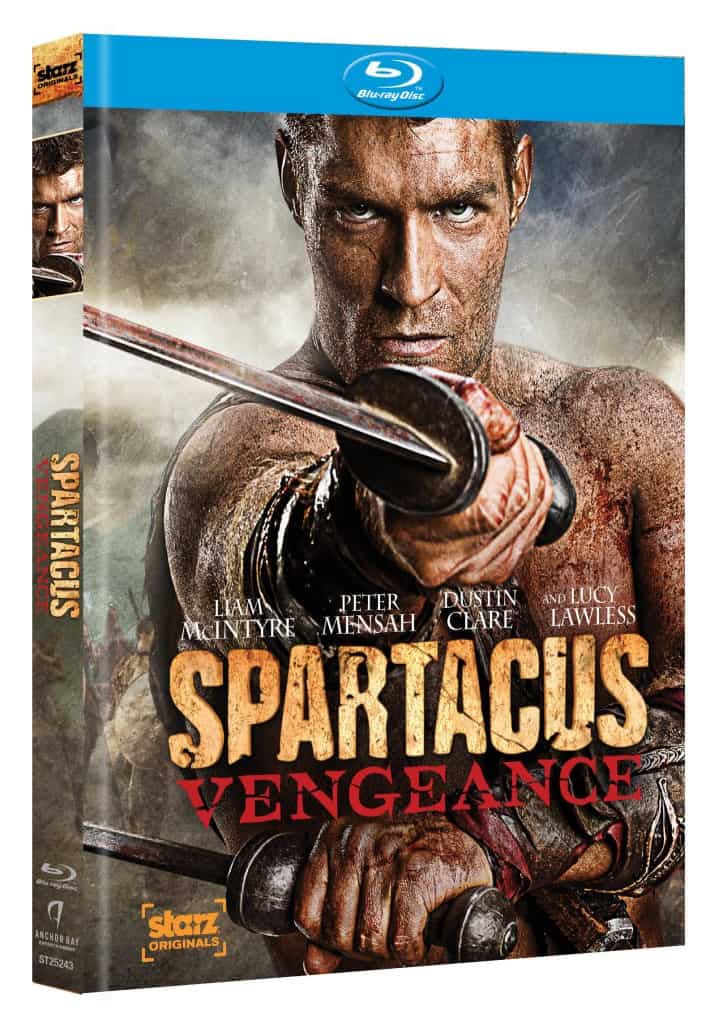 Seat42f and Anchor Bay Entertainment have teamed up to give TWO lucky winners a copy of SPARTACUS VENGEANCE on BLURAY. For a chance to win leave a comment below telling us why you want to add SPARTACUS VENGEANCE to your BLURAY collection. Only one entry per person. Contest ends September 11th. Winners will be notified on September 12th via email so make sure to use a valid email address when you post your comment.

“SPARTACUS: VENGEANCE – THE COMPLETE SECOND SEASON” begins on the heels of the violent escape from the House of Batiatus that concluded “Spartacus: Blood and Sand.” The gladiator rebellion continues and begins to strike fear into the heart of the Roman Republic. Gaius Claudius Glaber and his Roman troops are sent to Capua to crush the growing band of freed slaves that Spartacus leads before it can inflict further damage. Spartacus is presented the choice of satisfying his personal need for vengeance against the man who condemned his wife to slavery and eventual death or making the larger sacrifices necessary to keep his budding army from breaking apart. Containing all of the blood-soaked action, exotic sexuality, and villainy and heroism that has come to distinguish the series, the tale of Spartacus resumes in larger-than-life fashion.