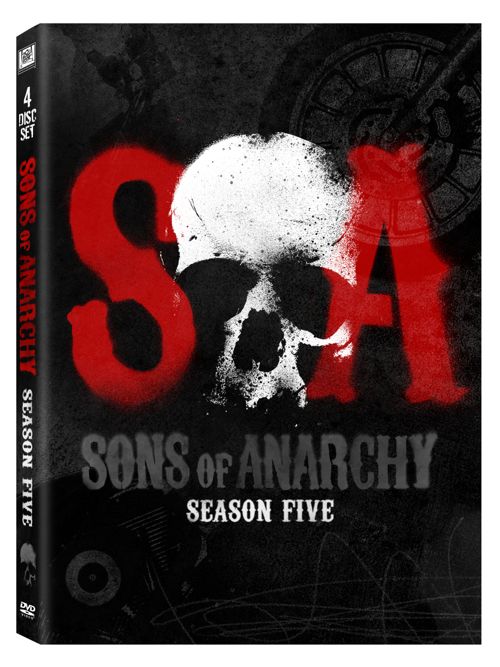 “Sons of Anarchy” Season Five
From creator Kurt Sutter comes the adrenaline-charged Sons of Anarchy, featuring extended episodes and kicking into high gear with its biggest, most explosive season ever! As SAMCRO’s new president, Jax is surrounded by ruthless enemies and gut-wrenching betrayal. With Gemma fighting for control of the family and a bloodthirsty Clay out for revenge, Jax finds himself haunted by the sins of his past. Alliances are forged, friends are murdered, and loyalties are put to the ultimate test. Now, with the truth in sight, Jax must do whatever it takes to secure the legacy of brotherhood and protect his family — even if it costs him everything. 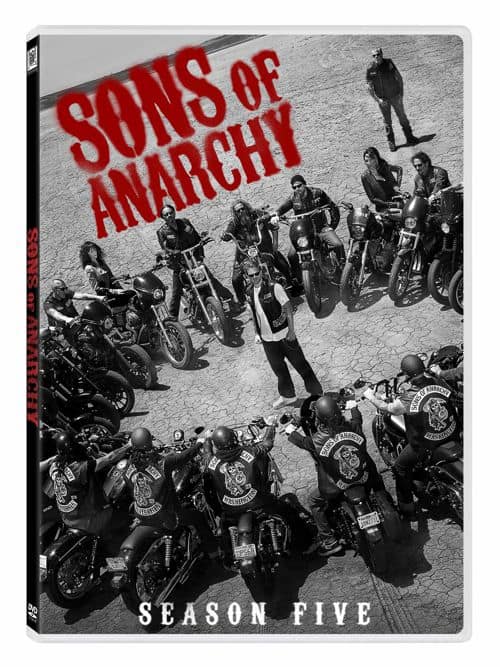