The cast and crew of AMC’s Preacher hosted reporters for a press conference at Comic-Con 2017. Dominic Cooper, Ruth Negga,  Joe Gilgun, Graham McTavish, Ian Colletti, and creator Seth Rogen joined us for a discussion of the series, currently airing it’s second season on AMC. Following are a few of our favorite, generally spoiler free,  highlights from the conference.

It’s a bit obvious, of course, but there’s something about hearing it directly from the actors that makes it feel a bit more real. “Cassidy is waiting,” says Joe Gilgun, “he loves her. It’s an unrequited love; it’s the worst.” Gilgun went on to speak that Cassidy wants desperately to be honest with Tulip, but Ruth Negga says that Tulip simply doesn’t want to have that conversation. “The dynamic is interesting, isn’t it,” said Negga. “He wants to be honest and have a kind of conversation…pour his heart out and have a night in and talk about his feelings. And Tulip’s like ‘No, I don’t want to do that actually, I like to keep that compartmentalized somewhere else.’ I think we see all of those kind of unhealthy bits of her laid bare this season, especially in terms of what she’s been doing when she hasn’t been with Jesse.”

So will Cassidy and Tulip ever really get a chance? It’s unclear. But Joe Gilgun made it clear – Cassidy adores Tulip. “I just think he wishes Jesse maybe appreciated her a bit more He struggles with that.”

Jesse May Fall Deeper Into Darkness As The Seasons Progress

When asked if Dominic Cooper has always known about Jesse’s “dark side”, the actor said he’s always been aware of it. “I think it comes from an incredible amount of guilt that he harbors about the responsibility of the death of his father,” said Cooper. “He has that darkness and that darkness is constantly bubbling under the surface.” There are certain things however, that push Jesse towards the edge, including any danger towards the one person he loves more than anything – Tulip. So when things shake up their relationship, Jesse falls into a dangerous, volatile state that surprised even Cooper. “The more that is revealed about him, the most he terrifies me in his inability to see compassion” revealed Cooper, “[and] his use of Genesis often astounds me. He’ll use it sporadically and without warning and sometimes for fun. It’s a kind of a schizophrenic nature to him…and that I think will go much further and become more and more unsettling as the seasons progress.”

The Network is Pretty Game…for [Almost] Anything

The show has been pushing boundaries since it’s inception, but Seth Rogen has never had much trouble getting the network’s approval for their most insane ideas. “What they let us do, it’s crazy,” said Rogen. “Hitler was a character on our show.” Rogen explained that, as long as there was a plan involved and they proved they weren’t just intending to be incendiary, that the network hasn’t pulled most of their grander plans. Although sometimes, it took more than one phone call. “Blowing up Tom Cruise took maybe two conversations,” joked Rogen. “Like most things I’ve done throughout my life, I’m shocked with what [we] were able to get away with, not what we were not able to get away with”.

Finding a motivation for his character’s murderous intentions proved to be a bit of a challenge for Graham McTavish. With the seeming inhumanity of that his quest to secure Genesis, McTavish said he had to find a human reason behind The Saint’s heavy-handed disregard for humanity and his murderous intent towards anyone who stands in his way. “For me,” explained McTavish, “and it’s possibly a little eccentric to say this, but it became a journey motivated by love, because he wanted to be reunited with his family and this was the only way he could do it. He’s made this deal with Fiore to get back Genesis and in doing so, indirectly I suppose, he would be killing Jesse Custer. He has no personal animosity towards him at all.”

McTavish further described The Saint as a nightmare you can’t wake up from, pursuing you down the road at a slow, terrifying, ominous walk. “It’s just so much more intimidating,” joked McTavish, “and he doesn’t even walk quickly…I mean if he was at a brisk pace going down the road, that wouldn’t be nearly as frightening. It’s a wonderful character to portray and he’s got some interesting stuff coming up for the rest of the season.”

The Show, At Its Core, Is About Humanity

The cast and crew of Preacher have never been shy about this – the show is about exploring humanity in the midst of insanity. For Ruth Negga, playing Tulip has always been about portraying a female character that she and the writers don’t have to actively balance as being ‘bad-ass’ and ‘feminine’ at the same time. “She’s a human being”, Negga said, echoing creator Seth Rogen’s thoughts from last year’s Comic-Con. “We define women along the men, but I don’t think that’s done us any favors. I think that [what] we want to do is just portray humans with everything that they are, that we can be.”

When it comes to the free-fall in the relationship between Tulip and Jesse, Negga found the entire story a fascinating, if devastating, commentary on what happens when two people can’t communicate. “This is real life,” said Negga,” This is what happens; sometimes these things can do that and they can shift your soulmate so far away [when] there is no communication. When they leave and don’t look at each other…that’s real heartbreak and I think these traumatic things, that’s what it does even to the most intimate relationships.”

Even whilst going so far as to introduce Hitler in the season finale, the writers consciously approached his character like they would any other character. “They’re all people; even Hitler was person, but the worst one at that” said Rogen, “But if you’re kind of embracing the idea, which we did, of having him be a character on our TV show then we thought we should treat him like any other character as far as the thought we put into him.”

Vampires Are Not All Bad

Sometimes, a press conference yields useful information about characters, stories, plots, and the nature of humanity. Other times, it turns into a jolly delightful discussion between Joe Gilgun and Graham McTavish on who is the better vampire. (Graham McTavish will voice Dracula in the upcoming Netflix adaptation of Castlevania.) Enjoy.

Graham McTavish:         Both kind of romantic vampires as well though.

Graham McTavish:        And vampires get a bad rap for that. 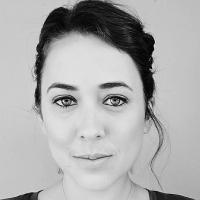