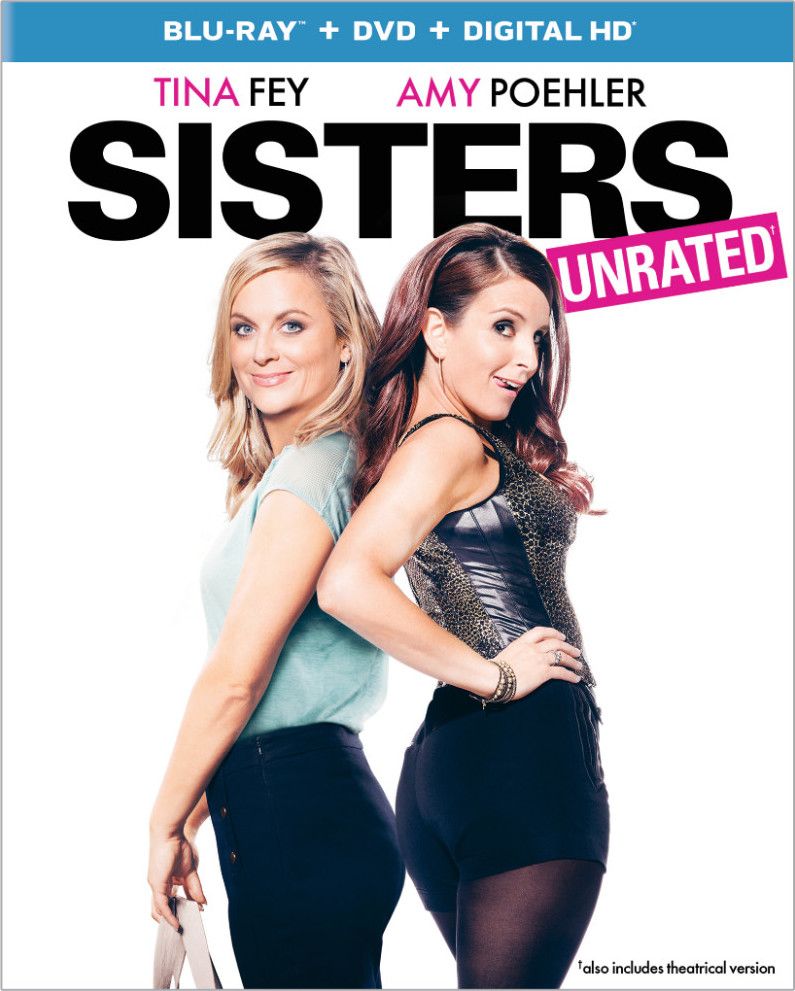 Comedy superstars Tina Fey (“30 Rock,” “SNL”) and Amy Poehler (“Parks and Recreation,” “SNL”) reunite in Sisters, the uproarious hit coming to Digital HD on March 1, 2016, and Blu-ray™, DVD and On Demand on March 15, 2016, from Universal Pictures Home Entertainment. From Pitch Perfect director Jason Moore, Sisters is a “hilarious, heartfelt and downright dysfunctional” (Rama’s Screen) delight, perfect to share with friends — and relatives. The Blu-ray™, DVD and Digital HD versions feature even more of Tina and Amy’s outrageous shenanigans in a new Unrated Version, as well as over an hour of deleted and extended scenes, gag reel and more!

When the Ellis sisters, the always-responsible Maura (Poehler) and impossibly hotheaded Kate (Fey), receive word from their retired mom and dad that their family home is on the market, they discover they have one weekend left to clean out the old junk in their bedroom. As they comb through the artifacts of their teen years, Maura and Kate’s trip down memory lane leads them to a seemingly crazy plan.  Looking to recapture their glory days, the sisters throw one final ”Ellis Island” blowout for their classmates, resulting in the cathartic rager that a bunch of ground-down adults really need.

The film will be available on Blu-ray™ with Digital HD and UltraViolet™ and DVD
Blu-ray™ unleashes the power of your HDTV and is the best way to watch movies at home, featuring 6X the picture resolution of DVD, exclusive extras and theater-quality surround sound.
DVD offers the flexibility and convenience of playing movies in more places, both at home and away.
Digital HD with UltraViolet™ lets fans watch movies anywhere on their favorite devices. Users can instantly stream or download.

SYNOPSIS:
Tina Fey (TV’s Saturday Night Live, 30 Rock) and Amy Poehler (TV’s Saturday Night Live, Parks and Recreation) reunite in Sisters, the story of two disconnected sisters summoned home to clean out their childhood bedroom before their parents sell the family house. Looking to recapture their glory days, they throw one final high-school-style party for their classmates, which turns into the cathartic rager that a bunch of ground-down adults really need. Critics say Sisters is “hilarious, heartfelt, & downright dysfunctional.” – Ramascreen.com