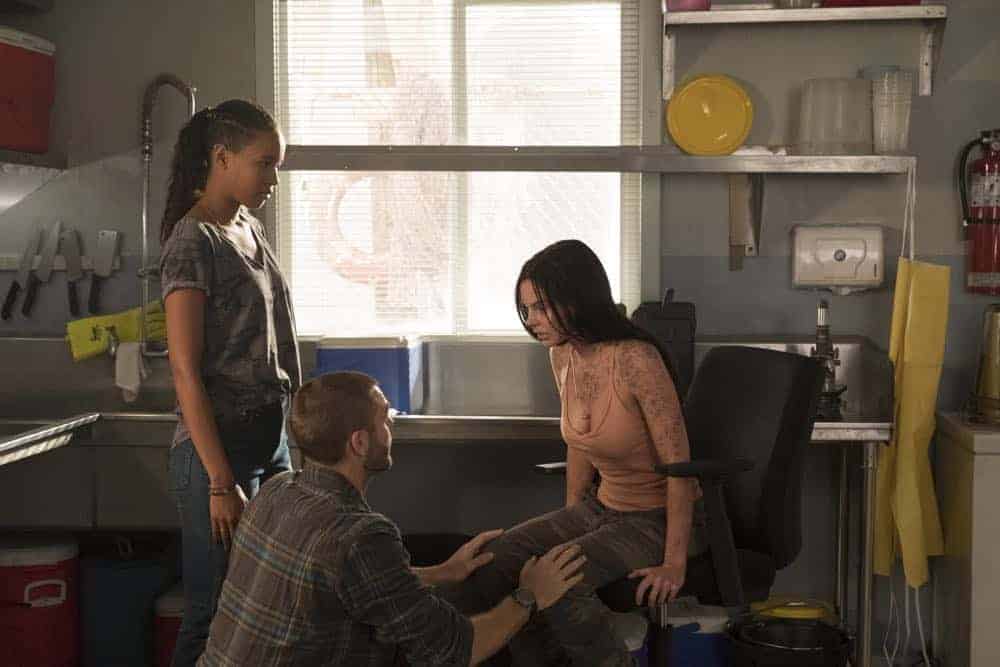 When the military facility goes on high alert, Chris manages to escape, but he’s not the only one who gets out. SIREN Season 1 Episode 4 Photos On The Road.