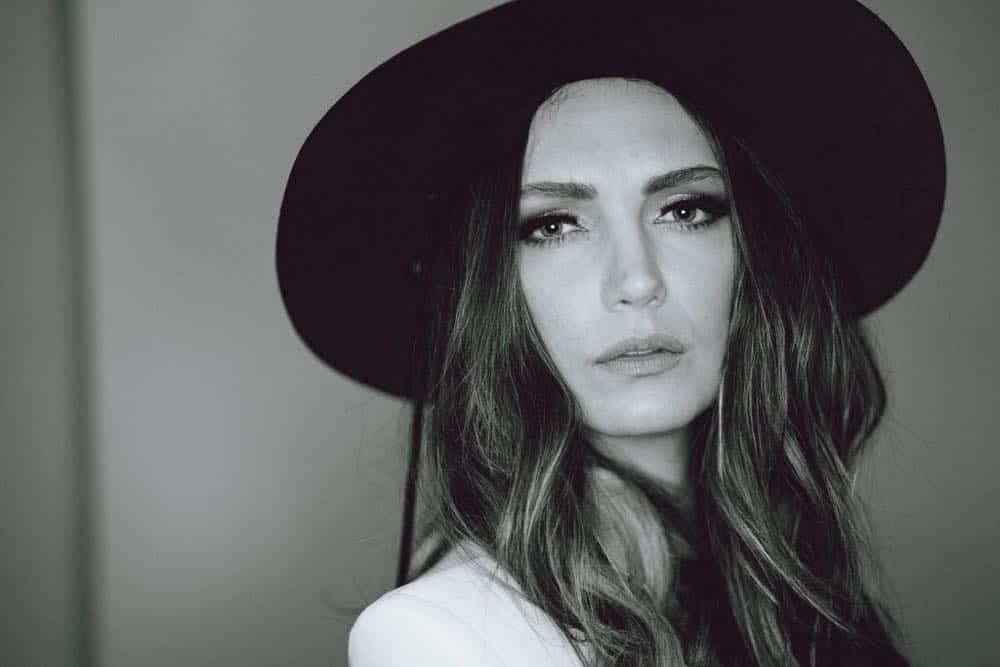 With a career that is currently heating up, Hannah Levien is getting the chance to appear in a number of hot TV shows right now, including: Freeform’s SIREN, USA Network’s COLONY, Lifetime’s UnREAL, Syfy’s THE MAGICIANS and NBC’s REVERIE. With performances demonstrating her ability to bring a diverse number of characters to life on screen, Hannah has been a delight to discover. She is fearless and clearly having fun. In an exclusive interview, Hannah talks about her cool recurring role in Freeform’s drama series SIREN and reflects on her appearances in all these amazing TV shows as her career grows.

What was the initial appeal for you about portraying Janine and working on Freeform’s SIREN?
HANNAH: Well, initially, I’d seen the trailer for the pilot and I thought it looked like a great new series. Something a bit different. Dark, dangerous mermaids! It looked really awesome, and my friend Curtis Lum was in it (who plays Calvin in the show). So, I was happy to be going in to audition for Janine, who sounded like a really fun character that could go in many different directions on the series. Once I was cast, I found out Janine is actually Calvin’s girlfriend. So that was a nice surprise.

How would you describe Janine in the series?
HANNAH: Janine is a pretty straight-up, tells-it-like-it-is character. She’s ballsy and a lot of fun. She is the bartender of Bristol Cove and in a relationship with one of the fishermen in the town (Curtis Lum), and is also a friend of Ben (Alex M Roe) and Xander (Ian Verdun).

What do you most admire about her?
HANNAH: She lives by her own set of rules.

What is it like working alongside the talented ensemble on SIREN?
HANNAH: It’s so much fun, and on top of that everyone is very professional and really cares about performing well. So it’s the perfect combination of fun and professionalism.

Who do you get to work with most in the series and what is that experience like?
HANNAH: Curtis Lum (Calvin). It’s great working with Curtis. As I said, we were already friends before we were cast together, so there’s already an element of trust and support for each other.

Any favorite scenes that you can share from working on the show?
HANNAH: Probably the scene in episode 3 where Xander bursts in on Calvin and Janine as they’re getting hot and heavy in the morning, haha. That was really funny to film. It was a super hot day, so we were all using fans and ice packs between shots. Also, the funeral and wake scene in episode 8 was really beautiful and emotional. Watching all the emotional moments between the characters is really special.

What challenges did you face working on the show and how did you overcome them?
HANNAH: Probably the fact that I was playing different characters on multiple shows at the same time! That was really challenging. There was one week, during SIREN, where I played three different characters on three different series! I overcome these challenges, though, by rehearsing my scenes with other actors on my days off and working with coaches to break down the character roles. No matter how hectic it gets, however, I remain grateful for everything that’s come my way. I still pinch myself when I arrive on sets. It’s still a dream come true for me!

Has SIREN left an impression on you in your life? If so, in what way?
HANNAH: I think it has enforced the belief that you really can work with an incredible group of artists and support each other to tell a great story that resonates with audiences. Sometimes that seems an impossible feat!

Then as an actor, what has been the one thing you have taken away from the experience of working on SIREN?
HANNAH: To take risks, and have fun with your character.

What is your proudest achievement working on SIREN?
HANNAH: I’m really proud of the show in general. The cast, creatives, and crew have all done an incredible job. I’m grateful to be part of that.

You also appear in COLONY this season. What did you enjoy about working on that project?
HANNAH: I loved working on COLONY. I loved that the stakes are really high for my character, Claire. She’s in total shock from losing her husband, but has to make the right decisions for her son, even when everything else is falling apart. It was challenging, and I love a challenge.

What did you take away from that acting experience on COLONY?
HANNAH: To trust your director, and trust your craft.

What can you preview about your role as Naomi in the new NBC series, REVERIE?
HANNAH: Naomi exists in a virtual world. She is part of what’s keeping her husband ‘stuck’ in his virtual reality. Also, she wears a killer red dress!

What did you enjoy about working on that show?
HANNAH: It was an awesome experience. It was my first time working on a pilot, and with an incredible group of people. It’s a special experience to work on a new show. Everyone was very passionate about it and wanted to make it the best it could be. Working opposite Sarah Shahi and Joshua Bitton was also such a gift. They are both wonderful actors.

Another big role you had was the role of Victoria in Syfy’s THE MAGICIANS. What was fun about that role?
HANNAH: I love that character. She’s brave, bold and not afraid to speak her mind. One of my favorite moments of playing Victoria was in Season 3. I got to work with Marlee Matlin, and we walked across a mirror bridge only to have it explode on us at the end. (Spoiler alert!)

What has surprised you most about your career so far?
HANNAH: The diversity of opportunities. And the places it has taken me (away from Australia!)

At this stage of your career, what do you think you have learned from the roles and projects you have worked on?
HANNAH: I’ve had the opportunity to play a lot of brave and compassionate women, so I try to emulate that in my daily life.

Then what are the perks of where you are in your career right now?
HANNAH: I think meeting so many of the fans of the shows I’m on has been such a gift. Seeing the connection that people have to the material I get to work on is really a blessing.

Has there been any great advice you have received about working as an actor?
HANNAH: To always remain ‘on the hunt’ in finding truth in what you do, in each moment.

What advice would you offer to other upcoming and aspiring actors?
HANNAH: To be dedicated, to persevere, and to have fun.

At a time when women’s voices are rising to be heard and respected around the country and world, what do you recommend your fans do to lend support in that endeavor?
HANNAH: I think we can all actively support women around us, in our daily lives, and encourage each other to be the best we can be. And publicly, I think we can all celebrate more diversity in the women we admire. In their ethnicity, in their sexual orientation, in their careers, and in their appearance and style.

Do you have any other upcoming projects that you can share that fans should keep an eye out for?
HANNAH: Aside from NBC’s new show REVERIE, premiering May 30, 10/9 c, you can also see me in next season of Lifetime’s brilliant series, UnREAL. Plus, I’ll be back in Season 2 of SIREN, airing in 2019!

Be sure to tune in for the Season 1 finale of SIREN, which airs Thursday, May 24th at 8:00 p.m. on Freeform. You can follow the show on Twitter @SirenTV for more information about the show and its upcoming second season. Then you can also follow Hannah Levien on Twitter @hannahlevien and Instagram/Facebook: @hannahlevienofficial to see what is upcoming in her career as well.