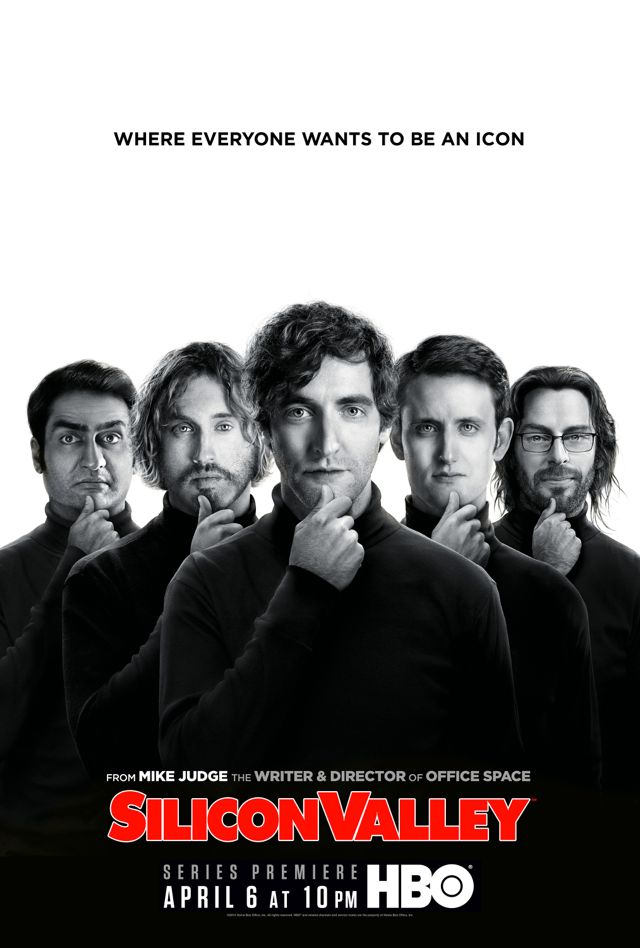 In the high-tech gold rush of modern Silicon Valley, the people most qualified to succeed are the least capable of handling success.

Mike Judge (“Office Space,” “Beavis & Butt-head,” “King of the Hill”) brings his irreverent brand of humor to HBO in the new comedy series SILICON VALLEY.  Partially inspired by Judge’s own experiences as a Silicon Valley engineer in the late ‘80s, the show is a collaboration between Judge and Alec Berg (HBO’s “Curb Your Enthusiasm,” “Seinfeld”) and kicks off its eight-episode season SUNDAY, APRIL 6 (10:00-10:30 p.m. ET/PT).

Richard (Middleditch) is an introverted computer programmer living in the Hacker Hostel start-up incubator along with his best friend, Big Head (Brener), pompous Gilfoyle (Starr) and dry-witted Dinesh (Nanjiani). These social misfits live under the watch of Erlich (Miller), a self-satisfied dotcom millionaire who lets them stay in his house for free – as long as he gets a ten percent stake in their projects.

After a failed pitch to billionaire venture capitalist Peter Gregory (Welch), Richard seems destined to remain at his job at the tech company Hooli, founded by the megalomaniacal Gavin Belson (Ross). When Monica (Crew), Gregory’s head of operations, and Jared (Woods), a Hooli executive, realize the value of the site’s compression algorithm, a bidding war erupts between Belson and Gregory, with Richard caught in the middle.