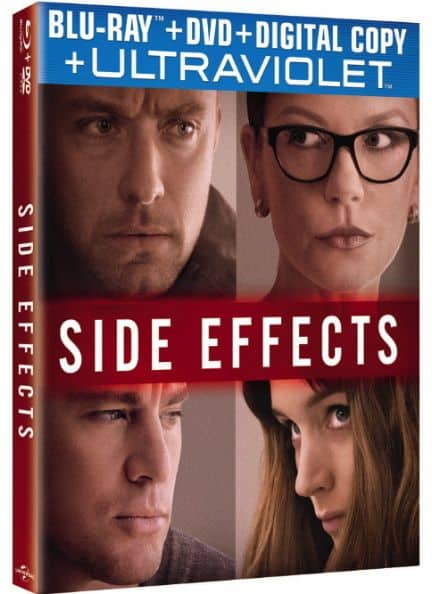 After her husband (Tatum) is released from prison for insider trading, Emily (Mara) begins suffering from terrifying anxiety and turns to psychiatrist Dr. Banks (Law) for help.  But when Banks prescribes an experimental drug for her, the side effects have chilling and deadly consequences. Full of unexpected twists, Side Effects is the sexy psychological thriller that critics are calling “wildly unpredictable!” (Marlow Stern, Newsweek).